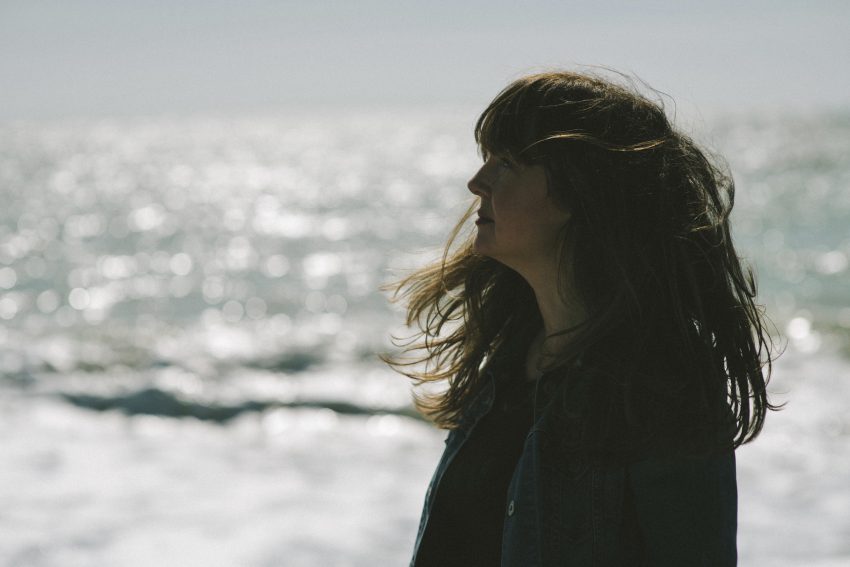 Kate Ellis is an Americana/country-folk singer-songwriter who was born in Louisiana, raised in New York and now lives in London.

She recently shared ‘Scars’, her tongue-in-cheek single from her highly anticipated sophomore album Spirals which is due for release February 18th! The album was produced by the legendary John Reynolds (Sinéad O’Connor, Indigo Girls, Belinda Carlisle).

Love and hate come to blows in the punchy track as Ellis tracks the ups and downs of a stormy relationship. The frustration is palpable and reflected in the driving, steely guitar riffs.

The infectious rhythms and melodies that cycles through the track mirror the addictive nature of the relationship while the energetic instrumentation conveys the passion that runs deep.

The bluesy country and soft rock Americana soundscape is exquisite and just like Ellis sings, we “can’t get enough” of this toe-tapping and absorbing track.

It was a pleasure to get to speak to Ellis about the new track, her upcoming album and the artists on her playlist right now…

Who or what first got you involved with music/song-writing?
I was an unhappy lawyer for a couple of years and decided to try out a guitar class for fun and it sort of unfolded from there. I’ve always had a creative side (art, piano), but it really took off when I discovered song-writing.

How would you describe the style of the music you create to somebody who has never heard it before?
I think Americana/Country-Folk is a good descriptor. My music ranges from a country sound (think Nanci Griffith, Mary Chapin-Carpenter) to more folk (Paul Simon, Leonard Cohen) to some more up-tempo modern Country-Rock (Miranda Lambert, Hayes Carll).

What do you love most about your latest track ‘Scars’?
I love how unabashed and gutsy the song is. My musical and life partner Andy Hobsbawm wrote it, and it has a much more confident, sassy voice than I usually write from. But it is such fun to adopt that persona and let your hair down when singing it!

It is one of those songs that embodies some of the thoughts we all have from time to time, but do not want to show publicly. It’s quite cathartic to get in touch with that side of ourselves sometimes. I also love the fantastic rhythmic groove it has and the wonderful, catchy melody.

Can you describe what it was like to work with the producer John Reynolds on this track?
John Reynolds is an artist himself. Besides being the amazing drummer on the album, he has a distinct and personal approach to bringing each song to life as a producer. He immediately tuned into the emotional truth of the songs and prioritised bringing out the emotional heart of each song. This was incredibly important to me and I think it is why the album has turned out so well.

He works instinctively and has an enormous set of skills he uses in service of getting the full potential from each song. He is also not tied to one sound or genre so the tracks all have their own individual sound that is right for it. Some tracks went in a fantastic new direction that we could never have imagined.

Your album is set to be released later this month! What can we expect from the album? Any favourite parts or challenges when it came to creating the album?
The album Spirals is comprised mostly of songs I have written over the past few years when I have dealt with the loss of my parents and done a lot of thinking about how we all get into painful cycles of thought and what helps me to get out of them.

The songs all have different subject matters and voices and sounds, but that struggle to find your way gracefully though the human condition is a running theme throughout. As for challenges, lockdown hit when we were in the middle of recording the album, but after a break we were able to finish the sessions and I couldn’t be more pleased or proud about the final outcome!

How old were you when you wrote your first song and what was it about?
I don’t remember the very first song. I think I was just contemplating quitting law when I started writing. Most of my very early songs, as is often the case, didn’t end up standing the test of time. Although one did – I wrote a song called ‘Paper Scissors Rock‘ back in New York using the children’s game as a metaphor for the power struggles in adult relationships. That song made it onto my first album, Carve Me Out.

Another very early song was ‘Believe‘ which is also on my first album. It is a personal song about the experience of not believing in yourself, but luckily someone else does, and you can start to see yourself differently though their eyes.

If we were to look at the artists you are listening to, who would be on your playlist?
Magnetic Fields, Richard and Linda Thompson, Gillian Welch, Katie Pruitt, Hayes Carll, Andrew Combs, Leonard Cohen, Nick Drake, Iris Dement.

Do you have any musical resolutions for 2022?
Get better at piano. I played as a child, but mostly classical, so I would like to get better at playing my songs on piano so I can perform on keyboards as well as guitar. I also find it very helpful to sometimes write on piano as it gives me a different way into a melody.

If you could take any song and give it a country/americana twist, which would you choose and why?
I would like to find a traditional early English folk song or piece of Renaissance music. I love that music and it would be very cool to find a way to translate the beautiful, simple melodies into an Americana song. I have not found the perfect one to try it with yet!

What can we expect from you within the next six months? Any releases planned? Future gigs?
We recently released the music video for ‘Scars’. It was so much fun to shoot a performance video with a full band again. We shot it in one of my favourite venues, the Green Note in Camden Town, but for a bit of fun made it look like we’re were in downtown Nashville. We were so lucky to have Benny Trickett, a long-time friend of Andy’s, direct it. He has the most incredible music video CV and has worked with literally just about everyone you can think of (from Beyoncé and Paul McCartney to Radiohead and Pink Floyd).

And of course the album Spirals is coming out on February 18! The album is available to re-order or pre-saved here. We’re also working on a tour for later in the year to promote the album and keeping everything crossed that the pandemic gets the memo!