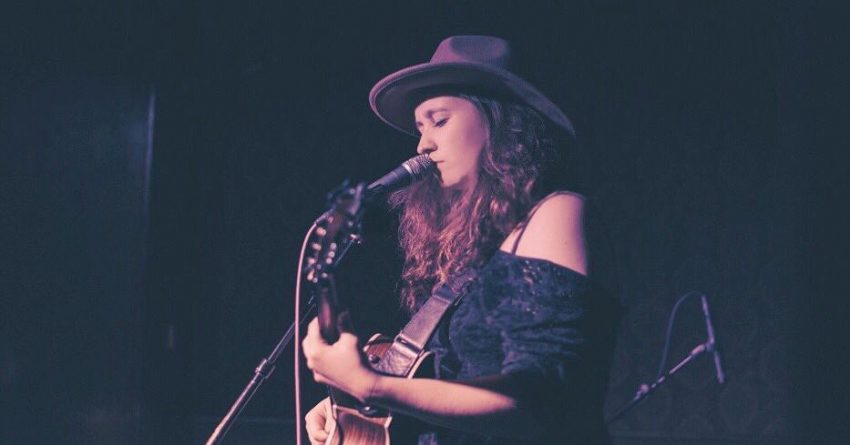 Kylie Rothfield is a talented singer-songwriter and guitarist based in Los Angeles, California whose love of song-writing began in her hometown of Danville, CA, eventually leading her to Boston when she was accepted into the Berklee College of Music.

She has recently released the pop track ‘Ghost’ which was co-written with Ester Dean, Ryan Tedder, and Shane McAnally and featured on an episode of Songland.

‘Ghost’ is about lost love and the feeling of being overwhelmed with a sense of emptiness in a big city. The lyrics reveal the story of a young woman wondering if her ex is out there somewhere looking for her and later admitting that in a city full of ghosts, her ex is the only one that haunts her soul.

The track’s instrumentation is delicate and beautiful and allows Rothfield’s enchanting vocals, which are both timeless and hypnotic, to rise to the top and bring us along on an emotive journey.

This track is a taster of what we can expect from Rothfield in the very near future and we cannot wait for what she has in store!

It was an absolute pleasure to chat to Kylie about her new track, the song that has had the biggest impact on her life and the moment in her career she is the most proud of…

How did you learn to write/to play/to sing?
I started singing basically when I started talking. I’d listen to music on the radio or in movies and try to emulate it or make up little songs in my head. Then, as the emotional, really expressive kid that I was back then, I started turning my feelings into writing poetry which eventually led to songwriting. I picked up guitar around age 11; my parents gave me a few lessons as a gift but I wanted to learn at my own pace, so I obsessively started teaching myself by watching youtube videos and learning to play my favorite songs by ear.

Which artists have the biggest influence on your sound?
I grew up listening to amazing melodic songwriters and bands, like Fleetwood Mac, The Eagles, Elton John, Joni Mitchell and Tom Petty. In college I started to discover the great soul and blues artists like Marvin Gaye, Aretha, Al Green, Robert Johnson, Muddy Waters, Bonnie Raitt, Susan Tedeschi…they greatly influenced my sound and pushed me in a more soulful direction. And then soulful pop artists like Lianne La Havas, John Mayer, Adele and Emily King are the more recent artists that have really had influence on me lately.

How would you describe the style of the music you create to somebody who has never heard it before?
It’s always hard to describe because I have so many influences but I would call it melodic pop music, heavily influenced by soul, folk and blues.

Can you explain to us the inspiration behind your latest track ‘Ghost’?
The initial track called “Lonely”, which was pitched to Ben Platt on Songland Season 2, was written when I was feeling overwhelmed with sadness and emptiness, sitting in my little apartment in LA surrounded by people and lights and noise. Ben and Ester Dean (my main co-writer) thought it would be cool to make it about having those same feelings in a big city but with the added pain of not being over the last person you were with and seeing them everywhere you go.

I think it’s something a lot of people can relate to after a breakup – “in a city full of ghosts, you’re still the only one that haunts me”. It’s kind of a play on how everyone walking around you are these unfamiliar presences and you can’t get close to any of them because your last love’s ghost is still haunting you.

What was the process of co-writing this track like?
It was such an amazing experience working with Ester, who has written massive hits for artists like Rihanna and Katy Perry. We had a lot of fun and it was really challenging but also really rewarding. I honestly learned so much about the music business in that one session.

What do you want people to take away from listening to your music?
I hope that they relate to it. I hope it makes them feel understood and less alone and less afraid of vulnerability.

What moment in your career so far are you the most proud of?
It would be easy to talk about Songland or The Voice here because they did feel like these giant milestones, but I think my proudest moment was actually getting sponsored by Epiphone and having them send a really cool guitar to me.

There aren’t a lot of well-known female guitarists out there and I always dreamed of changing that and having a voice as a female guitarist, and the moment they sent me that guitar and put my picture on their website, I felt powerful and felt like all the years of working twice as hard as the men I knew to try and stand out and all the backhanded “you’re good for a girl” compliments and awkward condescending Guitar Center conversations were almost worth it.

What is one artist that you think everyone should have to listen to? Why?
I’m gonna cheat and say two- Roberta Flack and Donny Hathaway. They released an album together (self-titled) back in the 1970s and in my mind it is a perfect record. Not a single flaw. It’s absolutely stunning and brilliant and I think every human should listen to it front to back with no interruptions at least once in their life.

What song has impacted you most throughout your whole life?
This is SUCH a cliche and I’m sorry in advance but Leonard Cohen’s “Hallelujah” will always be the gold standard for me. It was the first song when I was younger that gave me the chills and it will always be the song I wish I had written the most. The soaring melody, the poetic lyrics, the emotion….I used to play it at gigs and time would just stop and the room would go quiet. Few songs have that kind of power.

What can we expect from you within the next six months? Any releases planned? Future gigs?
I think this is gonna be a major writing and producing phase for me. For myself and for other artists. I have a lot of music that needs to be written and a whole album worth of acoustic songs I haven’t ever put out, that I think I need to go to a cabin somewhere and record by myself. Looking forward to venues opening back up and can’t wait to go support my fellow musicians at some upcoming gigs!