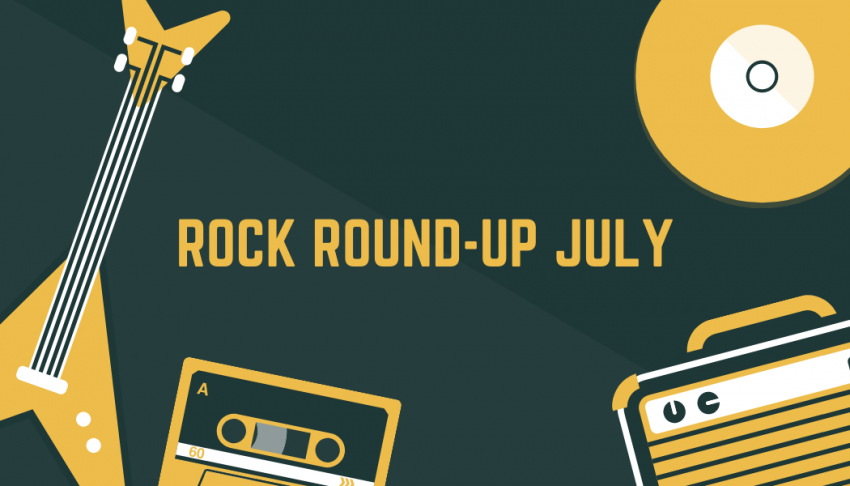 Here are the five up and coming rock artists that we can’t stop listening to right now!

Born and raised in Brighton, alternative rock songwriter Edward Sansom creates music that explores the darker side of modern society, drawing inspiration from the likes of The Arctic Monkeys, David Bowie and Foals

His latest track ‘Suck it Up’ is a guitar-driven pop single and a spookily accurate prediction of what was to come during our recent lockdowns (the track was written before the pandemic hit!).

Sanson deals with feelings of isolation, escapism and silent frustration and provides a cathartic release through impassioned guitar riffs and defiant bass.

The verses are full of dark tension, reflected in the moody guitars, driving percussion and angsty vocals which eventually evolve into an anthemic chorus that is crying out to be played live.

“The song reflects my feelings of isolation in a digital world. It acts as a circuit breaker to all the noise,” says Edward.

Despite dealing with heavy topics, Sansom’s music is seriously catchy and heartfelt, and his upcoming EP, set to be released later this summer, will definitely get everyone up on the dancefloor.

Dynamic four piece, Caramel, have been gigging around Brighton for over two years now, capturing audiences with their explorative and wild sound.

They are inspired by a diverse range of musical acts such as Jeff Buckley, Queens of the Stone Age and Unknown Mortal Orchestra. They combine elements from the past with modern sounds to create their genre-bending sound.

The band is composed of two lead vocalists/songwriters, Jamie Broughton and Olly Parkes, who share lead vocals and lead guitar, as well as James Virtue on bass guitar and Peter Goldbach on drums.

Their brand new single ‘Dreams of 60s Counterculture’ is a high-energy, experimental track, inspired by Broughton’s experience at a college dorm, staring at a poster of The Beatles, wondering why the band is idolised instead of a contemporary icon

“We wanted to write a song that expressed our millennial feelings of despondency and boredom. This song is for anyone that wishes to be in a time that is not their own and celebrates their eccentricities, rather than conforming to the social norm,” says Jamie Broughton.

Caramel are a dynamic blend of sounds, colours and vibrations and their unconventional take on rock music in ‘Dreams of 60’s Counter Culture’ is vibrant and refreshing! Bring on more music like this!

The DePatie Melt is a group formed by guitarist John DePatie to showcase a wide variety of his original material. The title is not only a reference to the diversity of the music but also to the rotating pool of musicians in the group’s lineup.

‘The Song We Will Remember’ is a track that has been created to pay homage to the groups that guitarist/bandleader John DePatie and his co-writers Will Faerber and Terri Knudsen grew up on.

The track is an uplifting farewell to lost loved ones and the lyrics are particularly poignant in a world that has experienced huge losses over the last year due to a pandemic.

The song was written for a nineteen year old friend of the band who died of SUDEP (Sudden Unexpected Death in Epilepsy) in her sleep. The track was released the day after what would have been her 22nd birthday and 100% of the song sales will be donated for a time to Epilepsy research.

“She was young but she was fond of classic rock acts like Queen, The Rolling Stones and Jimi Hendrix so we tried to put that feeling in the music. The lyrics also make reference to and borrow from songs of the era,” says DePatie.

The track is very reminiscent of 70s rock and it is a joyous, foot-stamping number, with the chorus containing a beautiful and moving message, “You are the song we will remember. You are the hit full of life and love.”

They describe their sounds as alt-rock with sonic soundscapes that use multi-layered echo and overdrive, constant change of tempo and dynamic drum patterns and they address various issues such as white-collar dilemma, autism awareness, human rights and domestic violence.

Pink Floyd, Silversun Pickups, Interpol, Mew, Swervedriver and Porcupine Tree are some of the influences that inspire their music.

Their latest single ‘No One Will Talk About Us (No One Will Owe Us Anything)’ is one of the tracks from their upcoming album to be released later this year, written by Wiku Anindito and Dinda Citrini.

It is an anthem for the underdogs and those who often feel left behind. It is a call to find the courage to defy expectations, focus on the things that truly matter to you and to ignore the people who tell you that you can’t do something.

The track is empowering and its instrumentation will fill you with a sense of purpose and make you feel like you are capable of anything. The perfect addition to any morning playlist to get you ready to face the day!

Catching Mangoes are a three-piece rock band, based in Brighton, UK. They formed in 2016 and since then they have played relentlessly around the UK and have recently recorded their debut album ‘Kevin’s Town’ in Brighton.

The album follows the story of a young boy named Kevin on his adventures, escaping his home town in search of himself and his fellow townsfolk. Whilst trying to figure out the mystery surrounding his long-lost father, Kevin comes to realise that only he can save his town from a terrible fate.

The band recently released ‘1963’, the third single from their upcoming album and they have now shared the fourth of the four singles to be released ‘Bloom Orlando’ alongside a three-part mini-documentary following the production of the album, a music video and related merchandise.

‘Bloom Orlando’ is a fun anthem that is infused with a feel-good surfer rock vibe that makes you want to get up and dance and smile with all your friends.

Another fantastic track from Catching Mangoes to absolutely add to your playlist now!