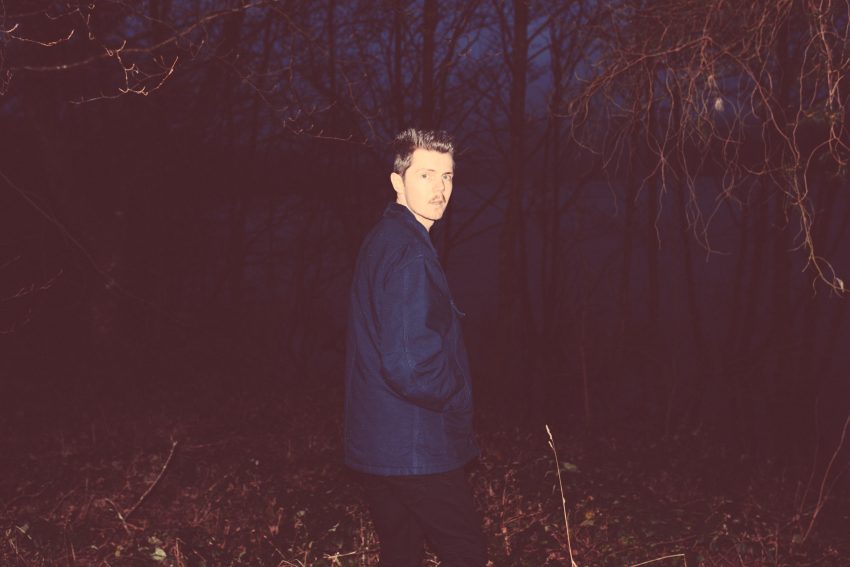 Hailing from the coastal town of Ogmore-by-Sea in Wales, singer-songwriter Dan Bettridge grew up listening to James Taylor, Cat Stephens and Bob Dylan.

Over the years Bettridge has toured with Jack Savoretti and Band Of Horses, performed at Maida Vale twice, once as Bob Harris’ ‘Favourite New Artist’ and played festivals throughout the UK, USA & Canada (including SXSW, AmericanaFest UK, Green Man).

He recently released his third EP, Good People. Bad Habits. which was created in collaboration with Ed Tullett (Novo Amor) and Minas and is an introspective delight full of electronic sounds and dreamy vocals

The entire EP was crafted in Bettridge’s cabin in Wales and was written during a turbulent time in his life. The four tracks see the artist tackle deeply personal subjects such as identity, destructive habits and habitats and learning to practice self-forgiveness.

“The title comes from the idea that nobody is inherently bad. Everyone is born good and external forces ‘teach’ us to be ‘bad’. It’s a glimpse into where my head has been for the past year or so,” says Bettridge.

“Seeing the smaller things as important and doing a clean-out of a lot of things I used to think mattered. This EP is the most fearless and unapologetic I’ve been with my music”.

The EP goes down a far more experimental route than any of Bettridge’s previous work, embracing new vocal effects, a wide variety of different instruments and a new lyrical depth.

The result is an explorative and refined EP, bursting with nostalgia but also a powerful focus on the future.

The synth-infused soundscapes, hazy hooks and poignant harmonies are the perfect backdrop to explore life, love and identity and truly establish Bettridge as a talented multi-instrumentalist who isn’t afraid to bear his soul.

It was wonderful to have the opportunity to speak to Dan about the creation of his new EP, the return of live music and the moment in his career that he is most proud of…

Who or what first got you involved with music/song writing?
Being a musician and song-writer seemed to always be on the cards as I was growing up. I never really played in public or even told anyone I played until I went to university to study photo-journalism (kind of fell into university by accident).

It was strange because I always felt like I knew this is what I’d do and there was no need to shout about it, it felt very natural. However, the initial love for music definitely came from my very early experiences singing with my mum or dad, both with great voices.

My mum taught me my first three chords when I was about 7-10 years old and I ran from there. Being able to play my favourite songs made me feel like I was best friends with my favourite artists, like we knew each other or had something in common. I quickly ran out of songs that I felt said what I wanted to hear and then I started writing my own around age 12-13.

What are the key themes that run through your new EP ‘Good People. Bad Habits.’ and out of all the tracks, do you have a favourite?
The key themes are patience, self-forgiveness and a real clean out of a lot of crap you might have once felt was important. The title is based on the idea that we’re all born ‘good’ and external forces and circumstances are what ‘teach’ us to be ‘bad’.

We’re all just making our way. It’s definitely the most free I’ve felt while creating and the most optimistic of all my music. I was also a lot more open to collaboration than ever before and that has really played a big role in how these songs and myself as a songwriter have developed.

You wrote the four tracks on your EP in your cabin in Wales. Is there where you usually go to write?
My cabin was at my house so I didn’t have to go too far. It was where I would go every day. The first track ‘habitat’ was written really early in the morning after an all nighter in the cabin. I didn’t think it would ever make it to any record but it’s become one of my favourite things I’ve ever done. If you listen really carefully at the beginning you can hear the birds singing in the big oak tree outside.

One of the other songs was written elsewhere in Wales and the other two in London but it was in the cabin where they were all shaped into something more like you hear on the record today.

What is your favourite lyric from the EP and why?
At the moment it’s “won’t always be like this” from ‘habitat’. Everything will always change. Whether things are good or bad, they will never stay this way forever and there’s real comfort in that. Enjoy the hell out of the good times and know that all bad shall pass.

How does song-writing play a role in helping you to deal with the more turbulent moments in life?
I tend to write songs well after an event has occurred. Aside from one song, I can’t write when the moment is too raw. Saying that, when I do write a song about something it feels like real closure, the end of that chapter because I only tend to write about it if I feel at ease with the situation. I tend to find solace in other people’s music if times are bad.

Over the last year, you have spoke about having a “clean-out of a lot of things I used to think mattered”. What have you decided are the things that matter most to you?
It’s the simple things that are clichés for a reason. Being with my friends and partner, making music that I love, working with my hands, being in the sea, sleeping in on a Sunday – that kind of thing. I’m not saying I have it dialled but it’s nice to not want for too many things.

You also recently had your first live show since 2020! How did it go and what have you missed most about live music?
I did! The show was awesome! It felt so good to be with people in a room again. To have that banter and off the cuff experience with other people. Man, I think I’d been taking for granted how magic that moment was when a room of people are all there for the same reason and attached by this thing that they all feel. That’s some powerful stuff.

Which moment in your career so far are you most proud of?
There are a bunch of things I’ve done or achieved that 16 year old me would be saying ‘NO WAAAY’ to. Playing two nights at Shepherds Bush Empire with Band Of Horses, playing in Canada and The U.S. and linking with some of my favourite people in music.

However, I think I’m most proud of this most recent record. ‘Good People. Bad Habits.’ has achieved something musically that I think I’ve been aiming at my entire career so far. It’s honest, it feels totally natural and is resonating with people like nothing I’ve made before. At the end of the day that has always been my goal so I’m really stoked about that.

If you could take any song and give it an Americana twist, which would you choose and why?
Well, I did a cover of ‘Blank Space’ by Taylor Swift at my show last week. I don’t tend to do covers too much but this was fun. I guess Taylor is technically ‘Americana’ but this song isn’t so much. I’m not sure, a lot of what I’ve been making recently has a slightly more electronic, indie folk sound but ‘Americana’ is such a broad term I guess that comes under the umbrella too. That’s why it’s such a great genre I guess.

What can we expect from you within the next 12 months? Any releases planned? Future gigs?
There will no doubt be new releases. I have some songs on my hard drive as we speak that I want to get finished and out. Gigs, I have festivals and some shows that are as yet unannounced and I’m sure I’ll be taking a breather too, taking some trips in my van. Can’t do any writing unless you’ve done some living first!