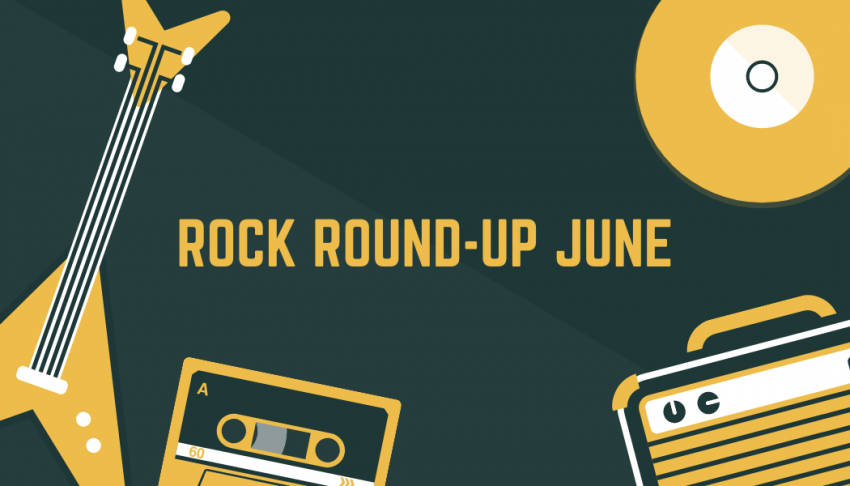 Here are the seven up and coming rock artists that we can’t stop listening to right now!

Alt-rock/electronica project HCK9 have released their new single ‘PRETTY THING’ which deals with a Jackal and Hyde-like tale. It is told from the perspective of the antagonist and full of mental health references.

The new single talks about the fear we all have when looking after those precious to us and the feeling of being cursed when things came to a disastrous end, “Let fear consume you as you’re forced into the role of the addicted victim who just can’t stay away.”

The track’s composition mirrors the meaning of the lyrics, which is a common theme with the alt-rock act’s previous releases.

New York based rock band Distopia is composed of Alex Silver on vocals and guitar, John Marc Degaard on drums and Jason Robins on bass.

They were founded in early 2020 and have been recording their full length LP which they plan to release in mid 2021.

Lead singer and writer Alex said he wasn’t in a good place in his life when he wrote their latest track ‘Good Day. He claimed that one day he woke up feeling better and this song came out extremely fast and organically.

“Since my parents’ divorce, I’d write songs almost daily to deal with everything going on in my life at the time. Things weren’t easy for me while I was growing up. My biggest songwriting inspirations are John Lennon and Kurt Cobain, which definitely shows in my music,” says Alex.

The track was written with the intention of creating a song that lifts people up when they are in a dark place and it certainly succeeds.

The uplifting harmonies, joyful instrumental section and catchy melodies are a perfect recipe for a track that will put a smile on your face and get you dancing.

To keep up to date with the latest news from Distopia, you can follow them on Facebook and Instagram. To listen to their latest releases, head to Spotify.

Their music has a nostalgic sound but with a fresh twist on classic pop punk and alternative rock and their latest track is an absolute alt-rock gem.

‘Beyond My Control’ is about self sabotage, remembering your roots as the world changes around you and holding onto the best parts of yourself.

The combination of energetic punk melodies, punchy distorted guitars and exuberant vocals make for an accomplished and memorable track.

Edge of Desire are an up-and-coming UK band made up of Daniel Fraser (lyricist, vocalist, guitar) and childhood friend Caleb Hartley (Bass Guitar).

After the successful release of their debut EP Lost, the pop/rock group are back with their brand new track ‘Internet’s Children’.

The single was recorded in Daniel’s home studio and is about the current political climate and the future generations’ reliance on the internet as their ultimate source for information.

The track is punchy and edgy, full of buzzing basslines and powerful vocals, bringing to mind artists such as Muse, Royal Blood and Nothing But Thieves.

“The song is largely inspired by the political climate we currently live in. The PC nature and cancel culture. The pack mentality. The clickbait articles. The people who think they’re experts on a topic after reading the Daily Mail!”

“Internet’s Children is the name I gave to the generation of people who use the internet in this way. It’s a frustrating culture that shuts down open and healthy discussion and encourages division amongst groups of people. We can’t solve these things if we can’t come together and talk,” says Daniel.

Gentlemen Jackals, the Fife foursome spent their winter months dreaming about creating a summer anthem and they have now released ‘Out of Reach’ for all of us to enjoy!

Written and arranged via Zoom and recorded in isolation, the track opens with hope-filled strumming from frontman Mark Wilson before he is joined by bassist Scott Thomson, drummer Cameron Berwick and lead guitarist Craig McMahon for a punchy and top-tapping performance.

Despite the track’s upbeat energy, the song focuses on the story of young lovers separated by distance.

“I wrote the lyrics way back in 2017,” explains Wilson. “I was offered a job in the States. Accepting it would have meant leaving my life in Scotland – my family, my partner and Gentlemen Jackals. Long story short: I decided not to go.”

“We took a lot of the themes we’d explored in the original lyrics and added to them. We wanted to say that you don’t need to leave your friends and family and travel the world to have an adventure.”

Afterbliss formed in 2019 and is made up of Evan Cassidy on lead vocals, Alex Burcea on lead guitar, synths and backing vocals, Ally Pender on drums, James O’Gorman on rhythm guitar, and Shane Waldron on bass.

The indie rockers are back with their third single, ‘Remnants’, a complex track which combines disco, synth-pop and even classical influences to create a thrilling track.

“It’s actually the first song that we all wrote together, with the five of us all in the band, back in 2019. This song has gone through a lot of versions; I feel what we’re releasing now is a really good representation of us, and what we can do,” says Shane.

‘Remnants’ is about a relationship which doesn’t play out as hoped and all the things that you never had a chance to say. This track is a cathartic release of all those unsaid words, expressed with fiery synths and guitars, and a persistent beat which brings the track together.

“There’s no messing around with this song. It’s fast. It’s full on. I don’t think that we could have thrown anything else at this song. We’re putting ourselves out there.” Shane says. “We’re putting the aerosol can on the bonfire, to see what happens.”

Having always had a dream to record and release his own music, Jacob began learning how to produce and mix whilst recording demos at home in his garage in 2020 during the beginning of the COVID 19 pandemic.

Soon he began releasing his music to the world, with hopes to build a band around him and play live shows as soon as possible.

His latest release ‘Morning Song’ begins with a laid-back vibe before the pounding percussion and frenetic guitars kick in to build the tracks’ addictive energy.

It’s about growing up in a small town in the countryside and the ‘characters’ who make up the community, anxiety about the end of the world and the feeling of getting older and wanting to escape.

“I guess the solution to all these things for me so far, as cheesy as it sounds, is to play music and express myself this way. It’s definitely a form of escapism to me,” says Jacob.

“For me this song is probably one of the most ambitious things I’ve ever done musically and also production wise. This single is just about pushing the limit as far as I can all round, in the pursuit of trying to do something I’ll be really proud of in the end.”