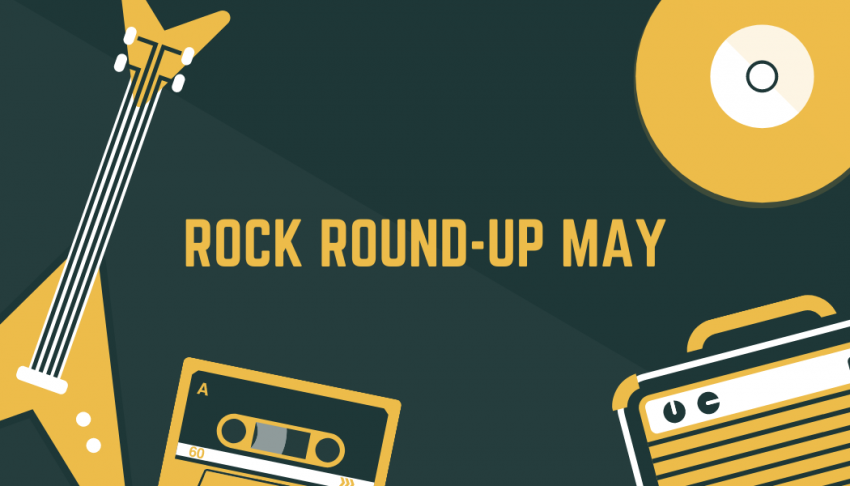 Here are the three up and coming rock artists that we can’t stop listening to right now!

Catching Mangoes are a three-piece rock band, based in Brighton, UK. They formed in 2016 and since then they have played relentlessly around the UK and have recently recorded their debut album ‘Kevin’s Town’ in Brighton.

The album follows the story of a young boy named Kevin on his adventures, escaping his home town in search of himself and his fellow townsfolk. Whilst trying to figure out the mystery surrounding his long-lost father, Kevin comes to realise that only he can save his town from a terrible fate.

The band have released ‘Outlaw Bandit’, the second single from their upcoming album. This is the second of four singles to be released alongside a three-part mini-documentary following the production of the album, a music video and related merchandise.

It is a bluesy, laid-back tune with nostalgic guitar instrumentals that will transport you to the meeting of our protagonist Kevin and his travelling companion Bloom Orlando who will tell him of his mission and help him with all his endeavours.

ODEONS is made up of rock/pop producer duo Mikko Jaakkola and Pati from Finland. Their sound mixes elements of modern electronic pop with the rock soul of acts like Bush, Muse, and Faith No More.

Prior to the release of their brand new release ‘Allowed to Fall’, the duo had planned to discuss developing and completing the track with their co-writer as it was based on an earlier demo from years ago.

However, with deep sadness the news of their co-writer’s passing hit Odeons before the project could be discussed together.

After a lot of consideration, Odeons decided that ‘Allowed to Fall’ would be released with the original vocal melodies created by the original writing trio.

The story of ‘Allowed to Fall’ presents the world through sensitive and observing eyes, reassuring the listener that falling down sometimes is part of the human experience and that things will be alright in the end.

Sometimes the beauty of the human experience lies in the moments where pain, perseverance, and letting go all come together. After the years we’ve had, Odeons felt it was the perfect time to give this song to the world.

Following the success of their debut single ‘Direction’, North-East based alternative indie-rock band, Alex James, are back with brand new track ‘I Said That You Looked Fine’.

The track is packed full of the glorious thumping sound of the bass, combined with energetic guitars and memorable vocal lines, and showcases what this band is truly capable of.

The song is about rejection. The idea of shooting your shot with someone, and ultimately being turned down and never seeing them again.

As well as sharing their passion for music, Alex James aims to raise awareness of disabilities as their frontman lives with an incurable life-limiting condition.

They want to inspire others with disabilities to come forward with their musical talents, and highlight the importance of accessibility within the North East music scene.

“Music has really helped me to live with Duchenne Muscular Dystrophy… I create music for fun, to help others and to leave behind a legacy for those I will eventually leave behind,” says frontman Alex James.