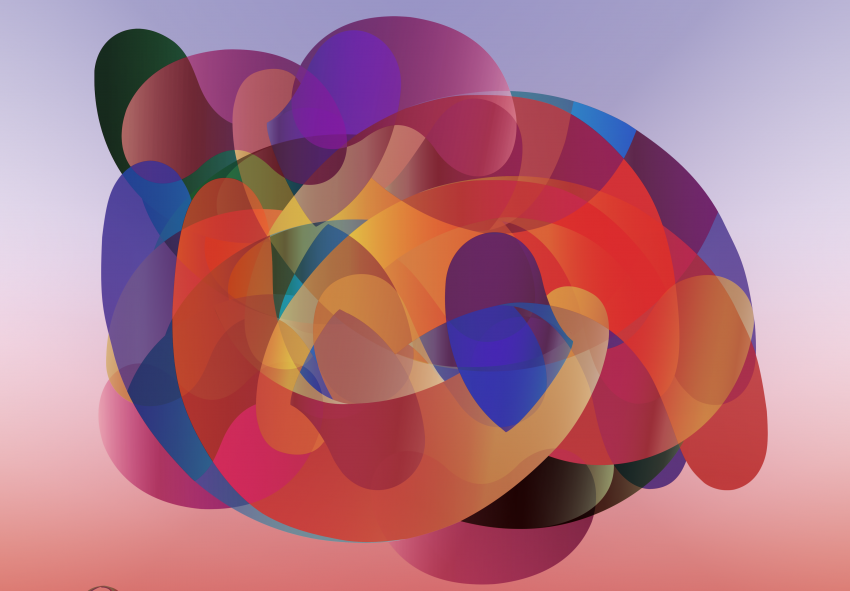 N Kelsey, a folk singer-songwriter based in L.A, has recently released his first full project, delta. The EP was written as an attempt to process a period of profound personal growth and pain in Kelsey’s life.

He describes delta as “an ode to changing, losing and finding peace in chaos” and notes that the mathematical symbol for delta (𝛿) means “change”. Kelsey hopes that the EP will “create a space for others to experience peace and quiet in an overwhelming world”.

Produced by N Kelsey, and ellen.i’ve.ove, delta takes listeners on a journey accompanied by a delicate voice and beautiful imagery. The fingerpicked guitar, reflective lyrics and intricate arrangements create a magical warmth that is both uplifting and calming.

Along with the excitement of sharing delta, N Kelsey’s long-term goal is to build connections with fellow creatives that truly value expression in the hopes of developing a collaborative community of artists.

Have you always been passionate about music? Was there a particular song or performance that made you think “Wow! That’s what I want to do!”?
Yes! I have always loved music. It’s been a major part of my life since I started taking piano lessons at 5. Like most kids, I had times where I needed a safety blanket of sorts; some play video games, some skateboard, and some play music. I did all of those but it was music that made it through into adulthood when the turbulence and changes of life started to increase.

As for the catalyst that pushed me into actually producing shareable music, it was a book. A few years ago, I was reading The Intelligent Investor, a book on some of the deeper elements of stock and asset investment, securities analysis, etc. A great book, but the main thing I learned was that everything in life requiring time is an investment. I realized that my greatest investment, by far, was making music and that it would be silly not to seriously invest in something I’ve given so much of my life to.

What music did you grow up listening to and which artists had the biggest impact on your sound?
I grew up listening to a lot of indie such as Metric, early Tegan and Sara, Ben Harper. Sufjan Stevens is a huge influence. His writing and arrangements are a beautiful blend of tenderness, irony, and storytelling. Bon Iver as well – they both did a great job of bringing a full, organic sound to delicate subjects. I love that. Also, bands like Justice and Kylie Minogue– that euro dance/electronic sound, it’s something that I’ve always loved and am trying to sneak into my music. It’s pretty subtle right now though.

What is the story behind your EP ‘Delta’?
Delta was written in the fall of 2019 for the most part. It’s essentially a catalogue of my shifting emotions during a time of change. Delta is a Greek letter, and in mathematics it means “change” or “the change”. When I started writing I had just finished a big project – a run from Los Angeles to New York, and it took a lot out of me.

While writing, I was still really weak and tired, my hair was falling out en masse from the stress of the summer, and I was having to come to terms with a few of my limits. I was realising that if I wanted anything more, anything different out of my life, I would need to change or I would continue to fall into the repeating pattern that put me on my knees in 2019.

So, I started working on letting go of the parts of myself that were dragging me and all of my relationships down. It was a painful process, but really great in the end. Obviously, I had a lot of emotions running through me during that period, so writing was easy. It felt less like writing and more like frantically catching all the things pouring out of me. It was a big job just trying to keep up and capture all the ideas before they faded.

Did you enjoy the process of making the EP? Any challenges? Favourite parts?
Yea, it was a blast. The whole process was super new to me because historically I’ve just written something, made a little phone recording so that I wouldn’t forget how it went, and moved on. The finalisation schedule for releasing music was a great learning process and finding people that I wanted to work with was a whole thing in itself.

I didn’t realize how tough it is to get a good mix because, you know, I obviously have this whole idea in my head of what a perfect mix is. In the end, finding a way to communicate that vision to someone is crazy hard. Luckily, I found a great mixer after going through a few bad eggs and am really happy with how it turned out.

My favourite part, though, was the writing process. I just love that period where I’m obsessing over little melodies, refining lyrics, and searching to find the perfect rhythm to share the right emotion. It’s a very calm, cathartic process that I enjoy entirely.

What advice would you give to others to help them feel peaceful in a world that can be overwhelming?
I’m not sure if I’m qualified to give advice, but I’ll give it a go. Worry about what you can change i.e the things within your reach and sphere of influence. Everything else is important, but it can’t be changed by you alone, so know your limits and do your best to create change and love in your own little ecosystem before trying to topple mountains. Also, take time to be quiet and do nothing, to just exist in your body. That’s been a big one for me.

What would you like to be remembered for?
Oo, good question. I guess I would like to be remembered for being someone who helped others achieve growth – whether professional, emotional, or personal. I’ve always been convinced that I could do anything I wanted with my life, and I guess I hope that I can share that enthusiasm and positivity with others so that they can rise to their own challenges without fear of failure.

If we were to look at the artists you are listening to, who would be on your playlist?
Nice, I love this question. I’m just going to list of a bunch – Oklou, Rosalia, Jim E-Stack, Justin Bieber, Nana Lourdes, Sufjan Stevens (always), Empress Of, KLLO, Now Now, A.G Cook, Maren Morris, The Japanese House, Kacey Musgraves, Four Tet, HER… I could keep going, but if you’re trying to get linked in with the vibes follow my playlist on spotify and we can jam together.

What piece of music do you wish you could erase from your mind so that you could experience it for the first time again?
Man, this is a good question! So many. I guess I’ll go with one of my first obsessive earworm tracks – “Baptism” by Crystal Castles. I used to blast it in my room on this overkill PA system that my brother left at the house. Probably still have hearing damage from that. O, also “For the Widows in Paradise, For the Fatherless in Ypsilanti” or “Romulus” by Sufjan Stevens. He makes me cry.

If you could make a 20-second phone call to yourself at any point in your life present or future, when would you call and what would you say?
I would probably call myself in January of 2017 and just say “Everything is going to be ok”. I was working abroad and was under a lot of stress. It felt like everything in my life was melting and I had no control over any of it. That wasn’t far from the truth, but I guess it would have been nice to know that I would make it through alright.

What can we expect from you within the next six months? Any releases planned? Future gigs?
In the next six months I think I will just be working on music. I do have a whole album worth of material that I’m thinking about releasing in a demo format, but haven’t set anything in stone yet.

I’m writing with a producer named ellen.ive.ove right now, so there may be a release or two in the pipeline with him in the next six months. We’ll see. My master plan is to release an album or EP next spring, so I will most likely be building some ideas for that over the next year. Stay Tuned!