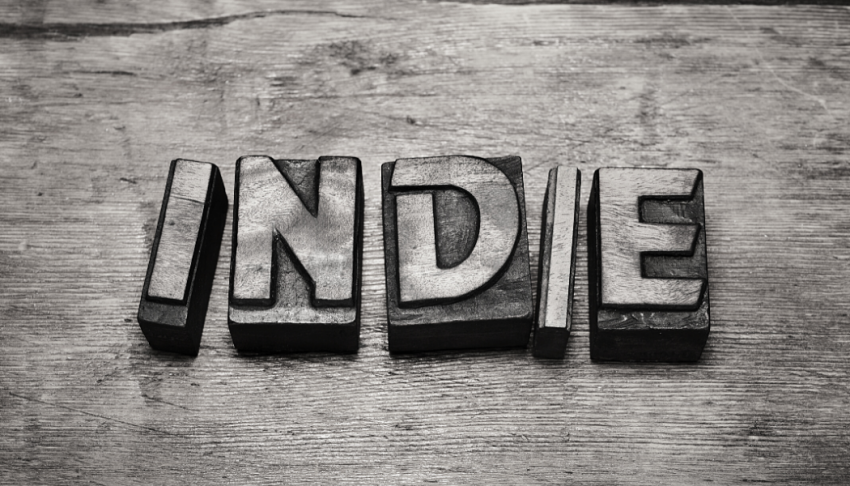 Here are the eight up and coming indie artists that we can’t stop listening to right now!

Colorado-based singer/songwriter Y the Ghost has just released the single ‘Is That Too Deep?’, making it his first new release in over two years.

The combination of swirling vocals, expansive synths and hypnotic beats is atmospheric and allows the track to explore abstract themes in a glittering fashion.

“It’s about creating sacred space in a chaotic world. This song in particular is even more so about how that desire for unconditional love can become unhealthy when it’s being sought in other people, because that’s too much to ask of any human being,” explains Y The Ghost.

The music video for “Is That Too Deep?” has also been selected to be screened at Colorado’s Short Circuit Film Festival. In 2020, Y The Ghost’s music videos for ‘Hologram’ and ‘Is Anybody Out There?’ were also selected for the festival. This year the screening will take place online at csc.eventive.org.

Marco Palos – best-known for fronting the 9-piece band Phat Cat Swinger, which frequently performs for Disney – has launched his solo career with his debut single ‘A Place We Don’t Know’.

The track draws influence from the likes of Coldplay, The Beatles, and Electric Light Orchestra and will be featured on Marco’s debut album which is set for release in summer 2021. His soothing vocals compliment the expansive cinematic production which succeeds in creating an other-worldly feeling throughout.

‘A Place We Don’t Know’ is inspired by a dream Marco had last summer, in which he was transported to an alternate universe.

“That evening, I sat at the piano and let my hands wander until they landed on four chords that gave me a hauntingly sweet feeling inside. I felt as if I’d had a vision of an alternate life, an alternate reality,” explains Marco.

“‘A Place We Don’t Know’ captures the essence of the hope and mystery that have carried me through this bizarre time during lockdown.”

They have just released their debut single ‘White Wine’. The track celebrates the friendships that Cyrano made whilst recording in Los Angeles one summer and he cites Arthur Russell, Frank Ocean and Maribou State as inspirations for the track’s musical style.

The track is a celebration of those formative but passing moments with strangers, remembering late-night conversations and unexpected hours of connection with people who enter your life just when you need them to.

In Cyrano’s own words, “there’s something quite alluring about those early hours; the ambience and tranquillity provides a soft focus to create, away from the modern-day distractions of the world’s routine. I’m forever chasing the hours of night when time becomes elastic and I can get lost in the space of sound.”

This jazz-infused track is full of rich instrumentation, dreamy vocals and shimmering melodies which are evocative of late nights spent dreaming

Keep an eye out for Cyrano’s debut EP ‘Consolations’ which is set for release later this year and to keep up to date with his latest news and music, you can follow him on Facebook, Instagram, YouTube and Spotify.

Nightly Gatherings · Up All Night

The track is intended to transport listeners back to a time before Covid, staying up late enough to witness the transition from late at night to early in the morning.

This leads into dreamy vocals and then a dynamic burst of live drums, electric guitar riffs and shimmering synths, “I’ll slow the whole world down for you”.

This nostalgic indie-pop record is engrossing and glorious and perfectly captures the feeling of those fleeting moments of euphoria that we “stay up all night just to find”.

To keep up to date with the latest news and music from Nightly Gathering’s, you can follow him on Instagram, Soundcloud and Spotify.

Pearl Diver are a three-piece band from Oxford, UK and they have just released their debut track ‘You Can Bring Your Darkness’.

The track is about being able to bring the difficult aspects of ourselves into a relationship and realising that acceptance is the cornerstone of a loving and lasting relationship, “You can bring your darkness to my door”

“Your Darkness explores what it might be like when we dare to bring all of ourselves in relationship: to lovers, to friends or to family. All of the shadowy, dark and ‘unlovable’ parts. To be fully wanted and welcome as we truly are,” says singer-guitarist Matt Sage.

The band’s blues, folk, americana and rock influences shine through on this track. It flows serenely, combining introspective lyrics, languid guitar riffs and rich vocals which leave a profound sense of quiet optimism and peace.

This is the first release of a number of new songs that the band will putting out over the coming months so to keep up to date with the latest news and music from Pearl Diver, you can follow them on Instagram, Twitter, Facebook, Soundcloud and Spotify.

Kaylyn Marie · 04 Without You, Too

Singer-songwriter Kaylyn Marie has just released ‘Without You, Too’, the second single from Kaylyn’s EP titled “Forget Me Not” which will be released later this summer.

Her americana-tinged and soulful vocals blend beautifully with the steady percussion and bluesy guitar lines. The lyrics reveal a depth of pain which contrasts cleverly to the upbeat soundscape allowing Kaylyn to convey a sense of how difficult it can be to move on from a painful relationship and how we need to reassure ourselves that we made the right choice.

Kaylyn’s EP will follow the journey of a woman who starts out on the cusp of leaving an abusive relationship and goes onto discover who she is on her own and realises she is worthy and capable of love. Kaylyn hopes her collection of tracks will give people hope.

JUNKHEART is a singer, songwriter and producer who mixes modern production, retro guitars and vintage synths to create rich and dreamy soundscapes. He draws inspiration from the likes of Cyndi Lauper, James Bay and Billie Eilish, to create his unique alt-pop sound.

‘Black & Blue’ is the third single from JUNKHEART’s upcoming debut EP ‘In Gloom.’ The track oozes nostalgia and is a brooding pop ballad to be proud of.

It is about being the only black kid in a small town and dreaming of becoming a rockstar. It finds JUNKHEART at a low point in his life, dealing with depression, envying others’ success, feeling isolated from his local community and stuck in a negative cycle of self-destruction.

The artwork for the track pays homage to his love of comics and each track from the EP will have its own unique artwork which JUNKHEART intends to turn into a graphic novel.

Inspired by artists such as Arlo Parks, Billie Eilish and John Mayer, indie pop singer-songwriter MarynCharlie began making music in her dad’s home studio at the age of 10. “With my songs, I want to give you a peek into my personal life, coping with pressure, anxiety, doubt, shyness, dreams, life goals, hope, fear, changes and love”.

MarynCharlie has just released her third single called ‘Flight Mode’. It is a stunning indie-pop track which showcases her sultry vocals and talent for creating music that is immersive and introspective.

The track is about being totally overwhelmed by social media, and your phone in general, and putting it on flight mode to escape the online world and to start living in the offline world.

MarynCharlie admits that this is something that she struggles with so the song is a message for both herself and others who need a wakeup call about their screen addictions.

“We’re all such online beings, neglecting our offline feelings. I don’t want to be online anymore. This song is a reminder to put your phone on flight mode once in a while, even though it may be scary, and fly away into your own mental zone,” she says.