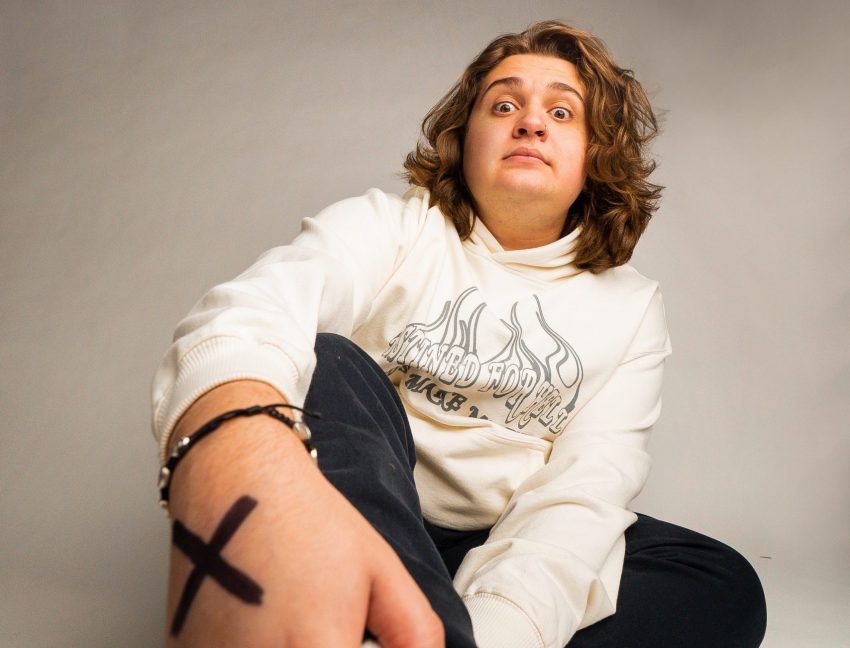 Interview with Games We Play

Games We Play, the Nashville-based pop-punk band, started creating music together back in 2015. After taking some time away from releasing music, the band are back with a brand new track ‘Story of a Love Song‘.

The track was written by the band’s frontman Emmyn Calleiro who was inspired by his relationship with his wife. It is bursting with energetic beats, punchy guitar riffs and a catchy chorus that is crying out to be played live.

It is gloriously exuberant and infused with an infectious energy which makes it easy to listen to again and again. The band should be extremely proud of this exciting track.

It was an absolute pleasure to speak to Emmyn Caillero about the brand new single, his happiest musical memories and the relationship that inspired this stunning track…

Have you always been interested in music? Was there a particular song or performance that made you think “Wow! That’s what I want to do!”?
I have not always been interested in music, actually. I grew up a theatre kid doing musicals and that stuff. A specific moment that I look back on that was an “aha!” moment for me was my dad showing me a video of Blink-182 playing “Aliens Exist” at Supersonic Festival in 2002 (he showed me at my grandfather’s house). To introduce the song, he said “this is a song about when aliens fly into your butt” and I thought it was the funniest thing in the world. Ever since then, I’ve wanted to be in a band.

Who are your main musical influences and why?
I have alot of musical influences. Mainly being pop-punk so like Blink-182 and New Found Glory, but I listen to a lot of hardcore music which is really big on feeling and emotion as it has a lot of time changes and big hits which plays a big part in GWP. Right after that is just pop. I love One Direction, Bruno Mars, 5SOS, simply because it is SO GOOD!

What sets your music apart? What is unique or at least uncommon?
I think the thing that sets my music apart is that love for hardcore I was talking about earlier. It’s a very different style of music that is very big on rhythm. Speaking of rhythm, I’m also a drummer so making the beat super fun and jump-able is very very important to me.

What do you enjoy most about being a musician?
PLAYING SHOWS. There is no better feeling to me than having my 3 or 4 best friends play a set with me and just making complete fools of ourselves on stage. Seriously, no better feeling and we cannot wait for the day that we can play together again.

Your new single ‘Story of a Love Song’ is inspired by someone very important to you. Can you describe the story/meaning behind this track?
So ‘Story Of A Love Song’ was actually written about my amazing wife, Dani. She’s the best thing in my life so I just wrote this song basically describing the entire timeline of our relationship.

In your bio, you touch on some of the obstacles you have faced over the last few years. What/who has helped you to overcome them and focus on your musical dreams?
Yes, there definitely has been some serious obstacles in my way. But, the only constant thing in my life is the thing that has kept me going and the reason I’m where I am at now. It’s my wife. Whenever I start going down bad paths in my life (depression, anxiety), she is the constant that gets me through that.

What are your ambitions as a songwriter and musician from here?
Regarding ambitions, ever since I was 16 my goal has been to open for New Found Glory. They are one of my favourite bands and I don’t know, it’s just something that I won’t give up on. Although now I have some new goals such as playing with Yungblud, 5SOS and other influential artists to me. I’d also like to write punk rock with the biggest pop writers in the world such as Max Martin and Benny Blanco and make some awesome sounding pop punk. Those are long term goals, so the short term goal would be touring as much as possible the second it’s safe.

What are your fondest musical memories? In your house? In your neighbourhood or town?
I have a couple. My band and I would always go to 7-Eleven and get slurpees before a show which I always loved. But, there was also this super illegal venue back in Miami (where I’m from) on top of a tyre shop called The Granary. It was the coolest place in this world and to this date… My favourite place I’ve ever played a show at. It was awesome. I played my first show to over 100 people there and my first headline show there. The venue was super low key and I hope to incorporate the name “The Granary” into something I do in the future.

If you were a song, what would you be and why?
I would be ‘Party Hard‘ by Andrew W.K. That song encompasses everything I am about, except for all the drug and alcohol talk which I am most definitely NOT about. It’s just a super fun, super loud, in your face song about having the best time ever with your friends. That’s what I want to do all the time.

What can we expect from you within the next six months? Any releases planned? Future gigs?
You could expect A LOT of new singles for GWP. I have one coming out in May that I did with my new friend Kyle Black (Paramore, Pierce The Veil, and NFG) that I am so unbelievably excited about. So a lot of songs, music videos, funny vlog-style videos on my Youtube channel and some livestream shows. I’m super excited for Games We Play in 2021.