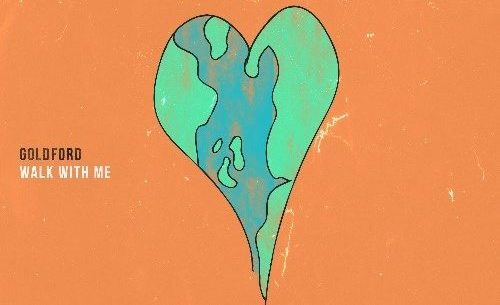 “It was one of those rare moments where you caught the emotion and the song wrote itself.”

If there was ever a song that the whole world needed right now, it is ‘Walk With Me’ by GoldFord, the LA-based singer-songwriter. It is magical, a true anthem of unity. The captivating vocals and harmonies are heartfelt and the sincere lyrics are just what is needed to bring hope and healing.

The track and GoldFord’s vocal style is reminiscent of many Blues and R&B icons such as Curtis Mayfield and the Impressions, Sam Cooke and so many others.

GoldFord and AG (Christina Perri, Aloe Blacc) wrote ‘Walk With Me’ during the early stages of lockdown. “I wrote ‘Walk With Me’ just as the world was coming undone,” says GoldFord. “If I could talk to myself right now, all that I would want to hear is that it’s going to be OK. It was one of those rare moments where you caught the emotion and the song wrote itself.”

The track was initially released in the United States last year and it remained one of the five most Shazammed songs for six weeks straight. It continued to gain popularity when it was played during a key moment in ‘Grey’s Anatomy’ later in 2020. GoldFord also released an inspiring stripped back version of ‘Walk With Me’, using just piano and vocal harmonies.

GoldFord is currently putting the finishing touches to a new EP that will be released later this year so to keep up to date with his latest news, you can follow him on Facebook and Instagram. To listen to his latest releases, head to YouTube and Spotify.