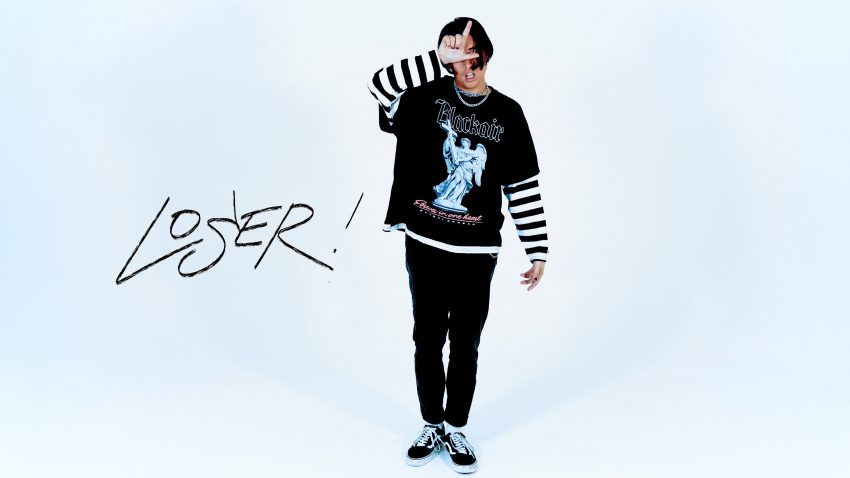 “I think being the loner kid in school and an only child really validated music being a passionate outlet for me.“

Multi-talented DIY pop artist AIRPORTS is a Sydney-based singer/songwriter and producer. He draws inspiration from hip-hop and punk-rock and combines them with infectious hooks to create catchy and polished modern electro-pop tracks. Listeners are invited into the singer’s world as he opens up through his music about his own self-development, relationships and overcoming battles such as grief and life-threatening illnesses.

AIRPORTS’ latest single ‘LOSER’ is an upbeat and energetic bop which deals with the complications of loving someone who isn’t easy to love and being left feeling unlucky in love. He shares, “It’s when you look back and realise how bad a person made you feel for trying to love them, a fun and sarcastic take on the drama of it all”. The track fuses AIRPORTS love for pop-punk and electro-pop and was written, performed and produced entirely by the artist himself.

When did you decide to start creating music? What inspired your decision?
I grew up around music (my dad being a musician) but I think being the loner kid in school and an only child really validated music being a passionate outlet for me.

What inspired your stage name ‘AIRPORTS’ and why did you decide to not go by your real name?
AIRPORTS actually started as a duo with my drummer but is now a solo act. I had the name stuck in the back of my mind years prior. To me, the AIRPORTS slogan is “taking you somewhere else”.

Which three artists have had the biggest impact on your music? Why?
Michael Jackson for his innovation and excellence.
Skrillex for his production and mixing.
Blackbear for his song-writing.

Where did you grow up in Australia? Has your upbringing had an influence on your music?
I’m from a place called The Central Coast. It is just north of Sydney and is a beachy area. It is really beautiful and chill but I feel that I identify more with cities and busier places.

What inspired your latest single ‘LOSER’? What is your favourite lyric from the track?
‘LOSER’ is about being love bombed by someone who pushed all your boundaries and then made you feel dumb for loving them back.

My favourite lyric from the track is “I’m a victim’s victim, we got credentials, you’re such a pro at getting unprofessional”.

Can you describe when you first heard one of your tracks on the radio and how it made you feel?
I felt like I had made it. It is very validating! It still is such a special feeling.

Of all the songs that you have ever created, which are you the most proud of and why?
Honestly, right now it actually is ‘LOSER’. It is the most “me” record I’ve released yet. I shamelessly enjoy listening to it a LOT.

Who is one artist that you think everyone should have to listen to?
Jon Bellion. He is an insanely talented, multi-faceted artist who is always pushing creative boundaries!

Do you have a dream festival or venue that you would love to play at? Why?
The Hollywood Bowl and Red Rocks would be two of many. They are both beautiful open air venues.

What can we expect from you within the next 12 months?
Everyone can definitely expect a lot more music. For gigs, we’ll have to see how the world is operating!