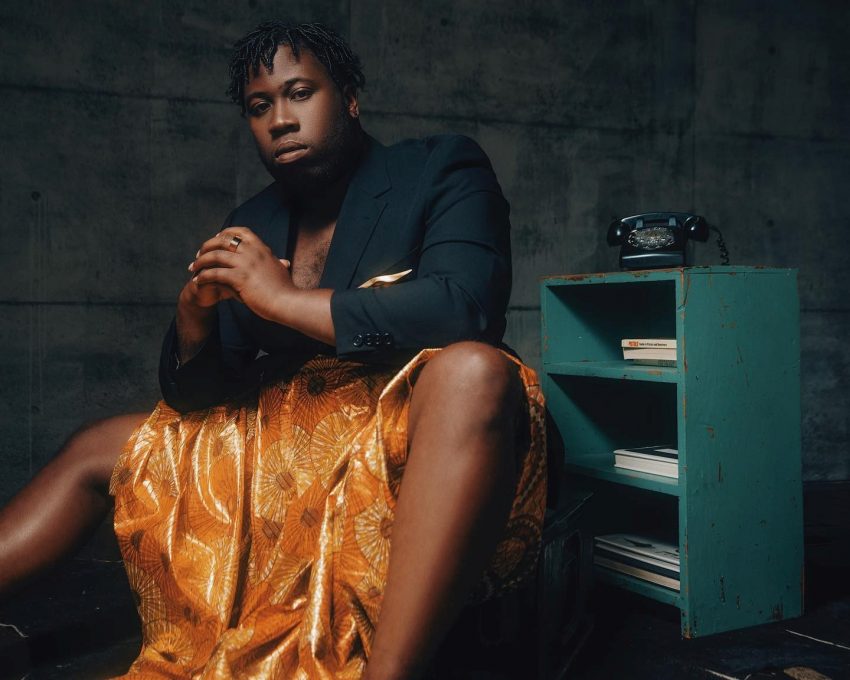 “When I release this music I really and truly hope that people take these stories into their lives and it becomes more than just a song or an album.“

Tafari Anthony, a Toronto based artist, creates soulful electro-pop music and is known for his powerful vocals, heartfelt lyrics and catchy pop melodies. He draws influence from artists such as Prince, John Legend and Rihanna and his sound is often described as a mix of Sam Smith and MNEK.

Since Tafari began releasing music in 2016, he has been nominated for a Toronto Independent Music Award, receives regular airplay on CBC Radio, with one of his singles ‘Centrefold‘ being named one of CBC’s Most Influential Songs of 2016. The singer has also performed alongside Shangela (RuPaul’s Drag Race) and has performed at Dundas Square and Massey Hall – two of Toronto’s legendary live performance venues.

His latest single ‘No Good’ is from his new EP The Way You See Me and deals with pursuing an unhealthy relationship even though we know it is damaging us. This realisation can be painful but it also offers the possibility of starting again once we finally free ourselves of this toxic situation. The track shows off Tafari’s rich vocal tone and his incredible ability to make his voice surge majestically in moments of pain and passion.

When did you decide to start creating music? What inspired your decision?
I grew up in a creative family. Both my parents were involved in music, so it came naturally, the curiosity. It was also a way for me to process my feelings growing up, and it’s an outlet I’m so grateful to have to this day.

Which musical artists have had the biggest impact on you and your sound?
Artists like Prince, John Legend, Brandy and Rihanna are great at genre-bending and still having a very cohesive sound. This is something that I’m huge on keeping in my music and honestly, what usually keeps me coming back to most artists catalogues.

What is the story behind your latest single ‘No Good’? What do you love most about it?
The song was based off of a situation I was going through, and it became the first song that I started to pitch to producers when I was starting to get production started on the EP last year. I had basically woken up one morning, sat down, started playing some chords, and then honestly the melody and lyrics just kind of started flowing out of me. I think I just had a very clear head after going through months of trying to understand the situation, and it just came out in this moment.

What I love about the final version is how we were able to keep it simple but still feel super grand. I didn’t fuss too much about the vocals, I knew exactly what I wanted, but I also knew that emotion over perfection was going to be the most important thing to make this song work. I think I probably recorded all the vocals within an hour, and for those that don’t know that is pretty quick for a final song!

Can you describe your creative process?
It varies to be honest. Depending on my mood and space, the process can be very different. Sometimes it starts with going through some voice notes and then building an idea off something random I had in there. Other times, I may start with a lyrical idea or concept and build from that. I think it’s important to be free and open with how you start things because it leaves room for exploration. If there’s too much of a formula, I find that can be stifling.

What moment in your career so far are you the most proud of?
I’m going to have to say this moment right here! I had come into 2020 with a full rollout plan, it was going to be the year of Tafari Anthony. The year I got back to focusing on building my dream. When the pandemic hit in March, I thought that I would just have to completely stop with all the plans.

Essentially, my whole year of touring, gigs – basically any stream to create income had been pulled from underneath me. There was a point where I was just going to not even continue with the plans because I felt like I didn’t have the means to see it through. But it was in about August when I decided that I needed to push on with what I had started regardless of the circumstances and just make it work. That’s definitely not an easy thing to do. But I think it was the exact decision I needed to make, even though it was probably one of the harder ones.

What do you most want to be remembered for?
I think I will most likely be remembered for my voice, which is amazing, but I would love to be remembered wholly for the music that I created. When I release this music I really and truly hope that people take these stories into their lives and it becomes more than just a song or an album. I hope people will remember the positive energy and my desire to see people win. This industry can oftentimes feel very ‘me, me, me’, and I think it’s so important to give back to the community. Whether it be with monetary support or with your time and knowledge.

If we were to look at the artists you are listening to, who would be on your current playlist?
Oh boy… right now, I have the latest album Aguita from Gabriel Garzón-Montano on repeat! When I talk about artists that can really jump genres and styles and make it cohesive… this album is the epitome of that! Believe me, I am studying it hard!

What piece of music do you wish you could erase from your mind so that you could experience it for the first time again and why?
I think I would erase Brandy’s album Never Say Never. I can still remember this album being one of the first that I had on repeat and it really made me fall in love with harmonies and the art of recording.

Do you have a dream venue or festival that you would love to play at? Why?
I mean, I would love to play some large festivals like Coachella or Afropunk or something of that sort, but I don’t think that I actually have dream venues/festivals that I want to perform at. For me, the dream is about being able to perform, which has grown even more based on what we’re going through this year. Whether it’s going to be 50 people in a small room or 50,000 at a festival, I think the privilege alone to perform and share my music is worth all the hard work.

What can we expect from you within the next 12 months? Any releases planned? Future gigs?
Well, I have just released my EP The Way You See Me and I’m also running an Indiegogo campaign (https://igg.me/at/tafarianthony) to hopefully fund the production of a limited vinyl run of the EP as well, so I’m looking forward to seeing how that goes.

As far as the next 12 months go… if this year has taught us anything… who knows what will happen!