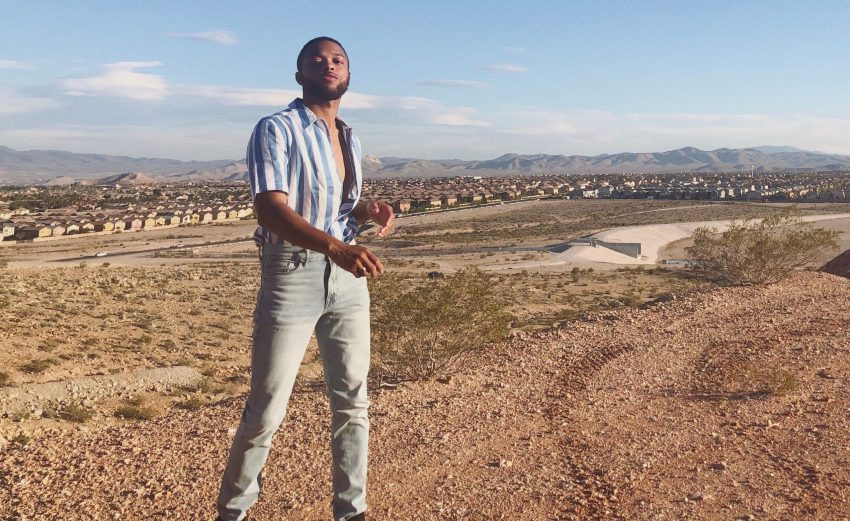 “My music is personal, but something my fans can relate to or be inspired by“

TONYB, a singer/songwriter from Nashville, creates music which is heavily influenced by 90s and early 2000s R&B music and old soul R&B. His latest single ‘You Knew What This Was’ shows off his rich and soulful vocals and his ability to combine catchy synth beats with meaningful lyrics.

It was a pleasure to speak to TONYB this week and to learn more about his musical upbringing, the story behind his new single and his plans for the future…

How and why did you first get into music? Did you grow up in a musical family?
I started making music when I was 11, initially making beats and instrumentals in my room. Eventually, I got into singing as I got older, then went on to join choir and band in middle and high school. I actually didn’t grow up in a musically inclined family. No one actually sang or played any instruments, but music was always playing around the house. My dad played a lot of Stevie Wonder and old soul R&B, and my mom played a lot of 90s and early 2000s R&B growing up. So, I think it was just a gift that I was given that I slowly gravitated towards from what was played around me.

What music did you grow up listening to and which artists had the biggest impact on your sound?
My parents played a lot of 90s and early 2000s R&B music, so TLC, Destinyʼs Child, Erykah Badu, Maxwell, DʼAngelo, Usher, Aaliyah. I would say Aaliyah had the biggest impact on my sound growing up. I was always obsessed with her use of background vocals in all of her records, so I would try to imitate her vocal arrangements and throw in every layer and harmony I could. Over time, that developed into something that is a huge part of my sound now.

How would you describe your style of music to someone who has never heard it and what is unique about your music?
Iʼm constantly evolving as an artist, but Iʼd describe my overall sound as smooth, soulful, but versatile. It is vocals over innovative production and there is a lyrical story always to be told.

Can you describe the story behind your latest single ‘You Knew What This Wasʼ? Do you think there will be a lot of people who relate to this track?
Occasionally, lines get blurred when you meet someone you may actually really like, but you are not in the right space for something serious at that moment in time. That happened to me earlier this year and although I was pretty upfront about it, things still got complicated. So many more people than I expected actually related on some level to this situation which is what I always try to blend into my writing. My music is personal, but something my fans can relate to or be inspired by.

Of all the songs that you have ever created, which are you the most proud of and why?
Flashing Lights that released earlier this year was my first project, but out of those records, I would say ‘Worst Way’ has been the one I am most proud of thus far. Lyrically, I challenged myself and it has become my biggest song to date.

Has living in Nashville inspired you musically?
There is definitely an inspiration there growing up in Nashville. I don’t think I discovered the magnitude of it until I was older though and realised how much being from Nashville had an impact on me growing up.

If you could collaborate with any artist, who would you choose and why?
I have a whole list, but top 2 dream collaborations would definitely be Kehlani and/or Drake. Kehlaniʼs tone has just always been a favourite of mine and Drake has just always so effortlessly been an inspiration in the realm of R&B and Hip-Hop music for me.

Do you have a dream venue or festival that you would love to play at?
I would love to play Coachella at some point in the future once live music gets back to a safe place. Some of my favourite artists that I look up to have played the festival, plus I’ve always loved the vibes at Coachella. Also, the Ryman Auditorium and Bridgestone Arena in Nashville have always been venue goals just growing up in the city.

What artists do you love that most people havenʼt heard of?
Iʼve been obsessed with Snoh Aalegra lately. I discovered her Tiny Desk Concert through NPR and have had the entire catalogue on replay. Also, I really love Chika at the moment.

What are your musical plans for the next 12 months or so?
Definitely new music. I have a couple things brewing for next month and I am starting writing sessions for the next project in the next few weeks, so new music and new projects for sure.