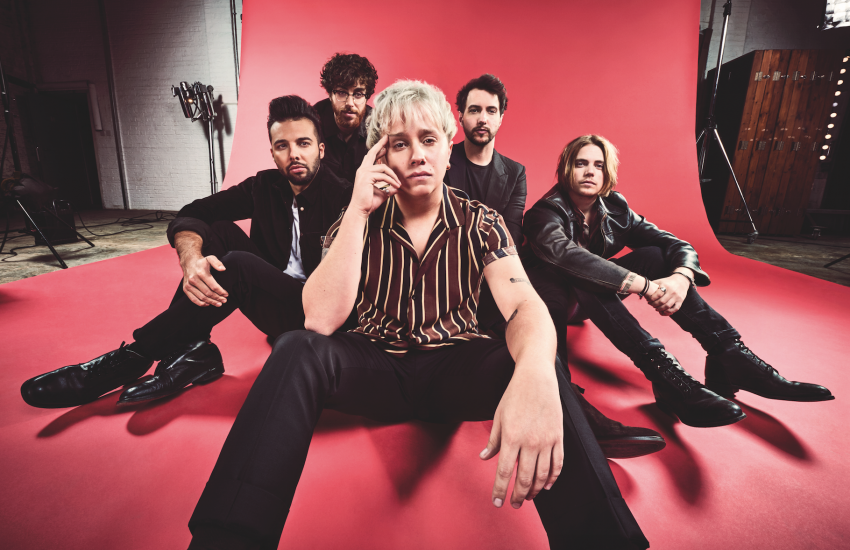 Essex five-piece Nothing But Thieves have released their highly anticipated third album Moral Panic which sees the band at their most experimental as they muse on climate change, anxiety around social media, political chaos and an overall desire to step away and escape the rush of everyday life in order to really take a look at ourselves and the state of the world.

The alt-rock band consists of singer Conor Mason, guitarist Joe Langridge-Brown, guitarist Dominic Craik, bassist Philip Blake, and drummer James Price. Over the past five years, they have really made a name for themselves following the critical and commercial success of their self-titled debut album in 2015 which featured their breakthrough hit ‘Trip Switch’. Their second album, Broken Machine was released in September 2017, receiving nearly 60 million streams for songs like ‘Sorry’ and ‘Amsterdam’ and rising to number 2 in the UK album charts.

Their latest album soars from intense and frantic tracks such as ‘Unperson’, ‘Is Everybody Going Crazy?’ and ‘Can You Afford To Be An Individual?’, to softer moments with ‘There Was Sun’ and ‘Free If We Want It’ and tracks which fall in the middle of the two, such as title track ‘Moral Panic’ and ‘Before We Drift Away’.

Opening track ‘Unperson’ is an exciting explosion of pulsing drum beats, punchy guitar riffs and buzzing basslines. The lyric “this is not what you think it is…it’s worse” is a chilling wake-up call to the seemingly constant turmoil of today’s world. The following track ‘Is Everybody Going Crazy?’ also centres on the fear of societal collapse, a fitting song for our covid-stricken world. Its powerful electric guitar riffs are reminiscent of the band’s signature style on Broken Machine.

Title track ‘Moral Panic’ opens with an alt-pop, even R’n’B style beat, which slowly builds to an eruption of impassioned guitar and percussion. Similarly, the sultry and breathy opening of ‘Phobia’ gradually builds in intensity as it traces the thoughts of an imperfect individual who is losing all hope and plunging deeper into the depths of despair. Both tracks rail against the internet – “Information age is a modern joke” (Moral Panic), social media, and celebrity/influencer culture – “I love the night but not the stars/the fame suckers in their block-long cars” (Phobia).

The tone of the album takes a turn with ‘Impossible’, a beautifully crafted song that will touch the soul and the heart with Connor Mason’s rousing vocals as he sings “I could drown myself in someone like you/I could dive so deep I never come out”. It is arguably one of Nothing But Thieves’ best tracks to date and the orchestral version that they recorded live at Abbey Road is hauntingly beautiful.

The penultimate song ‘Can You Afford To Be An Individual?’ is a protest song. It steadily builds to a thunderous crescendo, expressing pure frustration and anger at the state of the world. The biting lyrics criticise online culture wars and the divisive nature of modern debate, “but now the liberals aren’t liberal, they’re just as venomous/and you can’t have an opinion unless you’re one of us”. This frustration is echoed on ‘This Feels Like The End’ which also critiques social media and the age of information: “we stare at whatever clickbait debate next goes viral/Plastic opinions and drive-thru funerals, everyone has a price”.

Throughout the entire album, Mason has moved back and forth between soft and intense, tender and ferocious vocals with masterful control. His silky vocals on the gentler and more melodic final track ‘Before We Drift Away’ makes for a beautiful conclusion.

Moral Panic is an album that demonstrates the phenomenal range of Nothing But Thieves’ capabilities. From the rousing ballads to the heavier rock tracks, the constant sound and mood shifts of this album are both entertaining and thought-provoking, making it very easy to lose yourself in this whirlwind success.