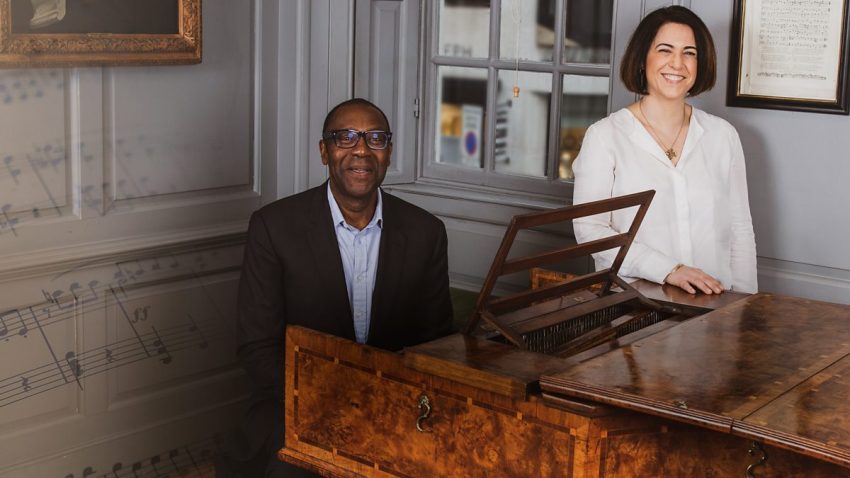 “I want black musicians to walk on to the stage and know they belong.” – Chi-chi Nwanoku

BBC Four’s Black Classical Music: The Forgotten History is a new documentary celebrating black classical composers and musicians from Tudor times to the present day whose stories and music have been largely written out of the classical canon.

In this 90-minute programme, Suzy Klein and Lenny Henry chart the remarkable stories of some of these men and women who achieved success during their lifetime despite the obstacles they faced because of their race, and whose neglected music deserves much wider recognition.

The BAME orchestra Chineke! (Europe’s first majority Black, Asian, and minority ethnic orchestra) accompany Klein and Henry throughout this journey. The orchestra revive the neglected works of black composers and the documentary features moving and rousing performances of pieces by composers such as Chevalier de Saint-Georges, Samuel Coleridge-Taylor, Ignatius Sancho and Florence Price.

Performing their repertoire can often be a complicated task because large parts of the music of these composers now barely exist. For example, to perform Coleridge-Taylor’s Symphony in A Minor, Chineke! has to use a score with whole bars missing.

Over the course of the documentary, we hear a number of powerful stories about inspiring individuals, ranging across three centuries of classical composers. We learn about the life of Charles Ignatius Sancho who was born on a slave ship crossing the Atlantic in 1729. Sancho was taken to England and raised by three unmarried sisters in Greenwich. He would go on to become the first published black composer in history.

Later, we are introduced to the Franco-Guadeloupean composer Chevalier de Saint-Georges, Joseph Bologne. He composed string quartets, symphonies and concertos in the late 18th century, and he influenced Mozart who copied some of his violin stylings. Bologne was the pioneer of many of the musical forms that we associate with classical composers such as Haydn, Mozart and Beethoven but somehow his contribution has been overlooked in our history books.

Moving ahead to the late 19th century, we encounter Samuel Coleridge Taylor, the illegitimate son of a white English woman and a doctor from Sierra Leone. Despite the struggles that came with growing up as a poor, illegitimate black man in late 19th-century London, the extraordinary Coleridge-Taylor won a scholarship to the Royal College of Music at the age of 15. His fusion of African musical themes with western classical music is magical yet his Afrocentric compositions were never appreciated in his lifetime despite his white contemporaries being praised for weaving their own native folk tunes into classical music.

In the 20th century, we are introduced to the dynamic American composer Florence Price who was the first African American woman to write a symphony that was professionally performed. She died in 1953 but the manuscripts of many of her works were only discovered for the first time as recently as 2009.

Overall, this is a moving and informative documentary. The presentation is spirited, varied, and full of genuine pleasure in the discovery of these neglected composers. Its exploration of why these musical figures remain on the fringes of classical music, even though they have contributed significantly to the evolution of the genre, is necessary and timely. Their music still has a long way to go before it receives the recognition it deserves but this documentary feels like an important step in the right direction. As Henry puts it: “This show, in its own small way, seeks to right some wrongs.”

Charles Ignatius Sancho (1729-1780) was a British writer and composer. He published four collections of music during his lifetime, mostly songs and dances to be performed in private homes.
Listen to: Minuetto No. 2

Florence Beatrice Price (1887-1953) was an American classical composer, pianist, organist and music teacher. She composed over 300 works and became the first African-American woman to have a symphony performed by a major American orchestra.
Listen to: Symphony no 1 in E minor, 1st movement

Samuel Coleridge-Taylor (1875-1912) was an English composer, conductor and political activist who fought against racial prejudice. Taylor’s classical compositions were heavily influenced by traditional African music and this made him one of the most progressive writers of his time.
Listen to: African Suite: Danse nègre

Chevalier de Saint-Georges, Joseph Bologne (1745-1799) was a contemporary of Mozart and Haydn. He wrote symphonies, sonatas, concertos, opera and string quartets. He was a violin virtuoso and conducted one of Europe’s greatest orchestras, Le Concert des Amateurs.
Listen to: String Quartet No. 3 in G minor