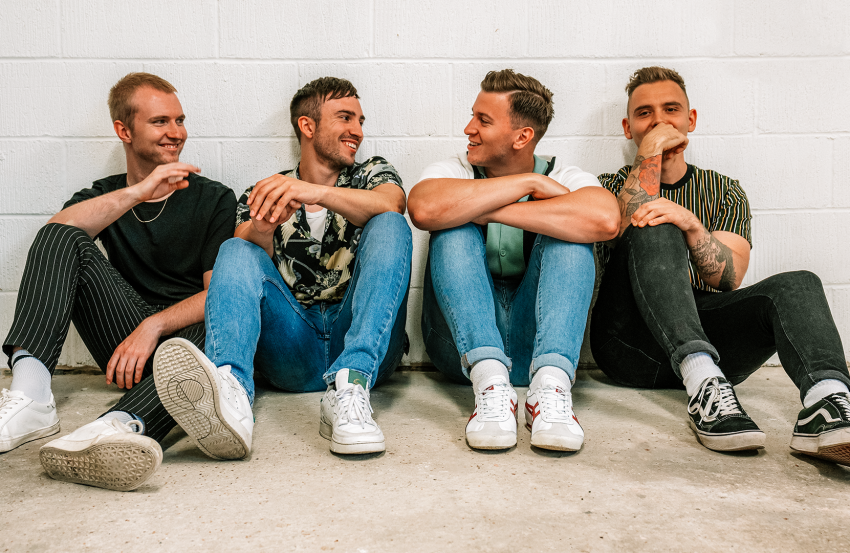 Interview with The Islas

“There was a point where we really thought 2020 was going to be written off so it is a massive relief that we’ve been able to release some new music.”

Last year I discovered The Islas, the Norwich indie four-piece, and they have been a permanent feature on my playlists ever since. Their blend of energetic, punchy and emotive indie-rock is infectious and fun. After more than a year of waiting, they are finally back with two new tracks, ‘Close’ and ‘Dancing with Daisy’, and they have definitely been worth the wait. It was a pleasure to chat to lead singer Nathan Baverstock about the band’s latest releases, their creative process and their proudest moments…

We last spoke at the end of 2019. What have you been up to since?
Well, we had a fun January and February doing what we loved, recording some live sessions and gigging but of course, as everyone knows, the world stopped turning for a little while and unfortunately, because of the pandemic, all our plans to gig across the UK were scuppered. It isn’t all doom and gloom though, we managed to spend our time writing and getting our new music sorted which to be honest, I haven’t been able to do for a long time. It did feel quite nice to be able to sit down and record some demos!

I also recorded some covers and called them “The Quarandream Sessions” and that felt like it was the first time I started playing guitar. It was fun to release those on our YouTube channel and to start being a bit more active on our social media accounts.

In July, we managed to record three tracks and we’re very excited to be releasing those this year! There was a point where we really thought 2020 was going to be written off and we wouldn’t be able to do anything so it is a massive relief that we’ve been able to release some new music.

What inspired your latest tracks ‘Close’ and ‘Dancing With Daisy’ and what do you love about both of them?
‘Close’ was inspired by our usual influences such as Two Door Cinema Club, Alvvays, Last Shadow Puppets and a few others. We wanted a melodic indie banger with a big chorus and I think we did a pretty good job! ‘Dancing With Daisy’ was a little different. It’s not like anything we’ve recorded before and I was listening to a lot of songs with just electric guitar and vocals such as: Jeff Buckley – “Hallelujah”, Bill Withers – “Hope She’ll Be Happier”, The Crookes – “The I Love You Bridge” and Sam Fender – “Leave Fast”. We wanted it to sound atmospheric and kind of cloudy so we’re really pleased with that track too.

‘Dancing With Daisy’ was actually written when you were in college. Why have you decided to release this track now?
We never released it and I’m not really sure why! It shows a lot of depth for us as a band so looking back it’s probably something we should have done sooner, but now seems like the right time. Especially, as we haven’t released anything in 13 months!

How has lockdown impacted you as a band?
Well, it has certainly stopped us from being on stages and moving across the UK as we anticipated. But, it really hasn’t been all doom and gloom! It’s been great to re-think what we wanted to do as a band and how we release going forward. We now have a back catalogue to go into the studio and consistently release through 2021 which is something we’ve never had as a band. So you could say it’s almost been a good thing for us!

How has your creative process developed since you first formed as a band?
It used to be just writing on an acoustic guitar and then playing to the other guys but now myself and Ross (lead guitarist) take joint ownership of the song-writing. We both write ideas and then send them to each other by using our home studio set ups and then we present to Ed (drums) and Granger (bass). Then, when we all get together, we can work around the structure and when it comes to recording we start listening to other bands and songs to take ideas away and think of sounds. The process has evolved and it certainly feels more like a process rather than just a demo that we rush and release.

Which moment in your career so far are you most proud of?
There have been some great highlights such as Spotify Hot New Bands, being featured on BBC Radio and ITV but I’d say when we headlined This is England Festival in Rouen in November last year. It was absolutely brilliant and we loved every moment of the experience. It was the first time we played outside of the UK and we were welcomed so brilliantly with incredible hospitality and the show itself was probably my favourite ever. If we were ever to tour anywhere again, I would love to go back to France.

Which artists have inspired you the most since forming as a band in 2017 and why?
It does changes as the music goes forward but the ones that stay are Arctic Monkeys, Paul Weller and Foals. They are major influences of mine and I listen to at least one of them every single week!

What is your favourite track to perform live and why?
I love playing ‘Aileen’ live. It is the first track we recorded in a proper studio so it holds real weight on all our streaming platforms but it is so fun to play. It’s energetic from the start and it just continuously builds. I love screaming the ‘How Low Would You Go?” parts after the second chorus. Every time I see it on the set list on stage I’m always thinking “Ok, these guys are going to love this”.

What can we expect from you within the next 12 months? Any releases planned? Future gigs?
You can definitely expect more music and not waiting another year to release. We will be back in the studio soon and we won’t stop releasing our new tracks. I think people will enjoy our different sound and there will be much more of us to give away. We are hoping people will be able to see more about who we truly are as we put more music out.