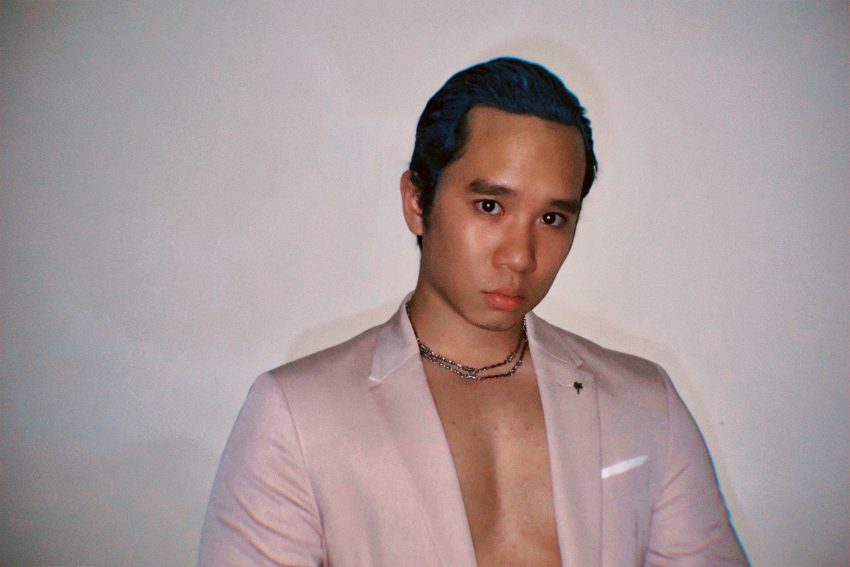 “I have realised that I am capable of being creative on my own, without having to rely on anyone. It has been really great having complete control of my vision”

BINNY, the born and bred Maryland musician whose name derives from the Vietnamese Trị Bình which means peace, is making a name for himself with his laid-back and soulful pop style. He grew up in a family of musicians and began learning the piano from the early age of six, before teaching himself the guitar and eventually moving onto songwriting.

Following the release of his debut single “Retrograde”, BINNY is back with his second single “Deep End”. This track deals with connecting with someone on a deeper level and falling for someone unexpectedly. BINNY reveals, “Personally, I’m afraid of expressing intimate emotions but this song talks about letting go of any fears and diving into all of those romantic feelings and enjoying it.”

“Deep End” incorporates a variety of aquatic sounds and its undulating beats and serene melodies contribute to the rapturous, other-worldly feeling throughout. It feels very reminiscent of artists such as Lana Del Ray and Aquilo.

Through his music, BINNY hopes that he can be a source of release and healing for audiences by expressing his true thoughts and feeling. He also strives to represent Asian Americans in pop culture and mainstream music, something that he feels lacks enough recognition. It was a pleasure to speak to BINNY this week about his musical inspirations, his latest single and representation in mainstream media…

Which three artists have had the biggest impact on your music and why?
Ariana Grande because I love her voice. She has a huge range and incorporates great harmonies in her songs. Lana Del Rey’s songwriting has inspired me for a long time. I love her cinematic and poetic style of writing. I have also always been a huge fan of Amy Winehouse. I love the way she can evoke so much emotion in her songs, purely just from the soul of her voice. A true, raw talent that had so much more to offer to the world.

How would you describe the style of the music you create to somebody
who has never heard it before?
I would describe it as moody, soulful pop.

Your latest single ‘Deep End’ is about connecting with someone on a
deeper level? What drew you to write about this subject and was it
inspired by your own personal experience?
‘Deep End’ was inspired by my own personal experience. I think that connecting with someone on a deeper level is rare these days. It is normal now to meet someone and instantly become intimate with them physically but not emotionally. So this song talks about being with someone and having feelings for them on a deeper emotional level.

What do you enjoy most about being a musician?
I enjoy having an outlet where I can express my emotions and share that with listeners. I also really love performing and the exchange that I am able to have with a crowd of people.

How has lockdown had an impact on your music and creativity?
Lockdown has given me the opportunity to really sit down with my thoughts and put it into my music. Having self-produced ‘Deep End’ and the music video for the track, I have realised that I am capable of being creative on my own, without having to rely on anyone. It has been really great having complete control of my vision.

What makes you feel so strongly about striving to represent Asian
Americans in pop culture and mainstream music? Do you feel like you
are seeing positive change?
I have always loved music and pop culture but I have never felt represented. I always thought that pursuing music was just not an option for me because I did not see any other Asian American artists out there at a mainstream level. Now, I’ve discovered some great up and coming Asian artists that I love thanks to online streaming platforms. I also feel like I am starting to see more mainstream representation, which in my opinion is because of the popularity of K-Pop music. I love K-Pop and I think it’s amazing that they are putting Asians on the map in the music industry but I would love to see an Asian-American pop star really blow up mainstream, which I don’t believe has happened yet.

If you could open a show for any artist who would it be and why?
Alina Baraz. I feel like our music would compliment each other and I think I could do a good job of setting the stage for her. Also, as a fan, I would love the chance to just listen to her music live every night!

What was the best concert you’ve ever been to and why?
Beyoncé’s “The Beyoncé Experience Tour” was amazing because…well, it’s Beyoncé!

What can we expect from you within the next 12 months? Any releases
planned? Future gigs?
I’m hoping to release another single before the end of the year. With the pandemic still going on right now, I don’t anticipate any in person gigs but possibly virtual ones!