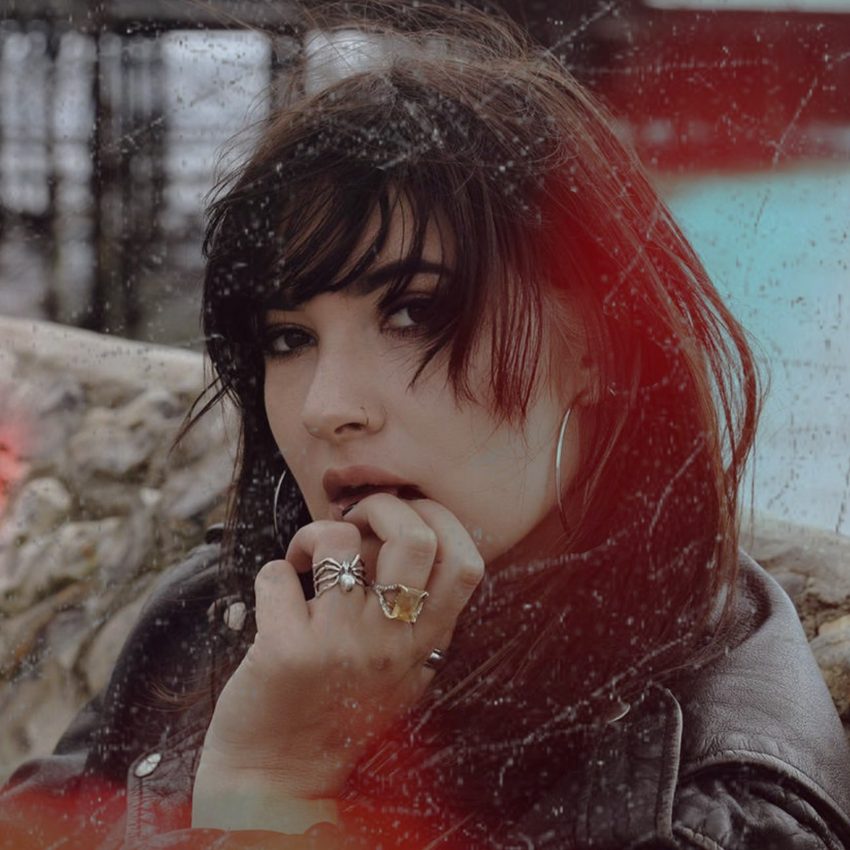 “If something doesn’t feel like the right thing for you, your gut will tell you.“

Oz has been a singer-songwriter since her early teens and began working with producers and writing songs for other artists at the age of 15. Now, with many years of experience under her belt, Oz has decided to turn her attention to her own music. She released her debut single ‘Money’ earlier this summer which abounds with intoxicating dark rhythms and expressive vocals and demonstrates her fresh, fierce and hypnotic alt-pop style.

The track deals with the dangers of running in the wrong circles and the dark side of wealth – “Money may be a splendid thing but right now it’s doing my head in. I believed you when you said nothing and no-one would ever change your head.”

‘Money’ is the first taste of Oz’s debut EP which will be released later this year via Truth Records. The EP will continue to explore the themes that she is instinctively drawn to: endurance, self-discovery and identity. It was really great to speak to Oz this week about her inspirations, creative process and musical ambitions…

You list artists such as The Clash, Dolly Parton and Kate Bush as your musical inspirations. What is it about them that inspires you and your music?
I think with all the artists I’m inspired by, they start from a place of having just great stories to tell. They go beyond the norm and weave tangled webs lyrically which is something I’ve always been fascinated by in music.

Your debut single ‘Money’ is about the dangers of materialism and conformity. What drew you to this subject? What has the reaction to the release of your track been like?
It came from a very natural place of seeing someone I cared about lose themselves. So, I then wanted to explore the deeper elements of that subject matter and how it affects us as human beings in general. The reaction has been really great actually. I’ve had a lot of people relate to it which has been cool to see.

What advice would you give to others about staying true to themselves?
I think as cliche as it sounds, you really have to listen to your gut. If something doesn’t feel like the right thing for you, your gut will tell you. Don’t be afraid to make mistakes or try new things. Also, know your boundaries and make them clear. I think most people know what feels right for them. Just listen to your heart!

What can people expect from your debut EP which will be released very soon?
I think people can expect diverse subject matter, themes of identity and perseverance and a fair few guitars.

You have been working with producers and writing songs from the age of 15. What are the biggest lessons that you have learnt about song-writing and the music industry since then?
Don’t let big famous names intimidate you. I used to google everyone I worked with and if they had created a record that I loved, I would feel so insecure and it would actually ruin the entire experience of working with them. Now, I just go in with no expectations for myself or the other people in the room. We make music to have fun and because we love it so don’t let anything take the fun away from it for you.

What is your creative process like?
I generally always start with a lyric. I write them out like a big jumbled mess of a poem and then when I hear chords I can start to shape them into a song. For me, the melody almost always follows the words.

Who would you most like to collaborate with and why?
Currently, I would love to collaborate with Orville Peck. I’ve followed his music since very early on when he had about 3000 followers and always loved his voice and the mystery he brings to his project. He’s very talented and I’m stoked that he’s blown up fairly recently. He is great live too. His band are amazing.

What is your favourite song to perform and why?
Unfortunately, due to COVID, I haven’t been able to perform live AT ALL with this record but I think my favourite to sing on the record is probably ‘Jupiter’. It is a stomping around the stage kind of song for sure.

If we were to look at the artists you are listening to, who would be on your current playlist?
I don’t really listen to a whole lot of modern music but one artist who I am playing on repeat at the moment is Donna Missal. We’ve worked with some mutual producer/writers and I just think her voice in insanely good. She is another artist that is OUTSTANDING to watch live. Incredible energy.