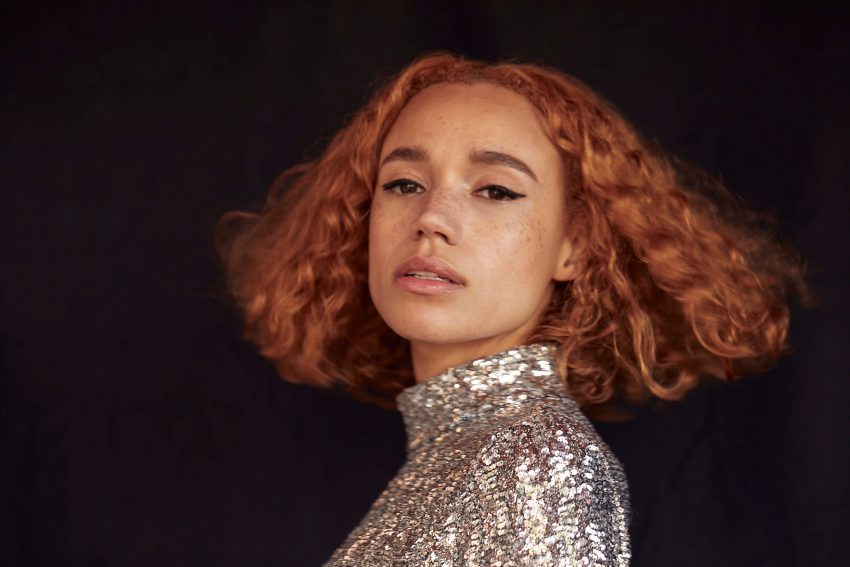 “It wasn’t so much of a conscious decision but just something I was incredibly drawn to and it lifted my spirits.”

JONES, the Londoner taking the UK R&B scene by storm, was raised by her mother in Aldgate to a soundtrack of Whitney Houston, Mariah Carey, Stevie Wonder and Bob Marley. She fell in love with songwriting as a teenager and her early creativity was nurtured and enhanced by her nearby community arts centre. She developed her talent by playing open mic nights, which led to her initial discovery and the beginning of her career with the release of her debut album ‘New Skin’.

After taking time away from the spotlight for a while, JONES is now back and better than ever. Her first release ‘Giving Up’ received rave reviews and now she has given us ‘Camera Flash’ – a dreamy track which combines disco synths and electro-pop rhythms and feels reminiscent of ’90s R&B. It deals with a topic that many people will be able to relate to: wanting a relationship when everyone only seems to be interested in chasing a casual connection. JONES commented, “As a woman, especially in my late teens and early twenties, I met guys that I guess just wanted an easy, disposable thing and I was frustrated with that. I see the value in getting to know someone and I’ve always been more of a relationship person.”

When did you decide to start creating music? What inspired your decision?
I always loved singing from a very early age but started making my own music and writing songs at about 15/16. It wasn’t so much of a conscious decision but just something I was incredibly drawn to and it lifted my spirits, so much so, I guess I got addicted to it. It gave me a sense of connection to something, and a sense of accomplishment.

How would you describe the style of the music you create to somebody who has never heard it before?
I’d say it’s Modern Soul Pop, or Electronic Soul Pop.

What inspired your latest single ‘Camera Flash’? What has the reaction been like to your track?
I had one of those days where I wasn’t sure exactly what I wanted to write about, and then I looked around at the objects in the studio and saw the producer’s (Fyfe) polaroid camera and I started thinking about how I could relate this camera to love and then the song flowed from there.

How has lockdown had an impact on your music and creativity?
It was terrible at the start but as my mind got used to its new routine I found my way back. I have definitely been creative during this time, but I have noticed that I’ve found it harder to finish things off.

What moment in your career so far are you the most proud of?
I would have to say releasing an album and seeing the response from that and then playing at the Jools Holland show was a stand out moment.

If you could go open a show for any artist who would it be and why?
I would love to open for Tame Impala that would be a dream. I am a huge fan and it would be such an honour.

Who’s your go-to band or artist when you can’t decide on something tolisten to?
Haha that would be the above Tame Impala, or Tyler the Creator or a Spotify playlist.

What musical instruments would you love to learn and why?
If I had the patience to sit and learn guitar, specifically the electric guitar I would be very happy. It is such a beautiful and versatile instrument. I think it brings such feeling to any song.

If you could make a 20-second phone call to yourself at any point in your life present or future, when would you call and what would you say?
Ooh, I think I’d call my younger self, say age 14, and tell her that everything was going to be ok and to believe in myself more.

What are you working on at the moment?
I am working on finishing up my second album. I feel like it is almost there and I cannot wait to have it out there in the world. It is a strange time because normally I would have been preparing for some shows, or be out there playing them already but that is not the case of course given everything happening with coronavirus.