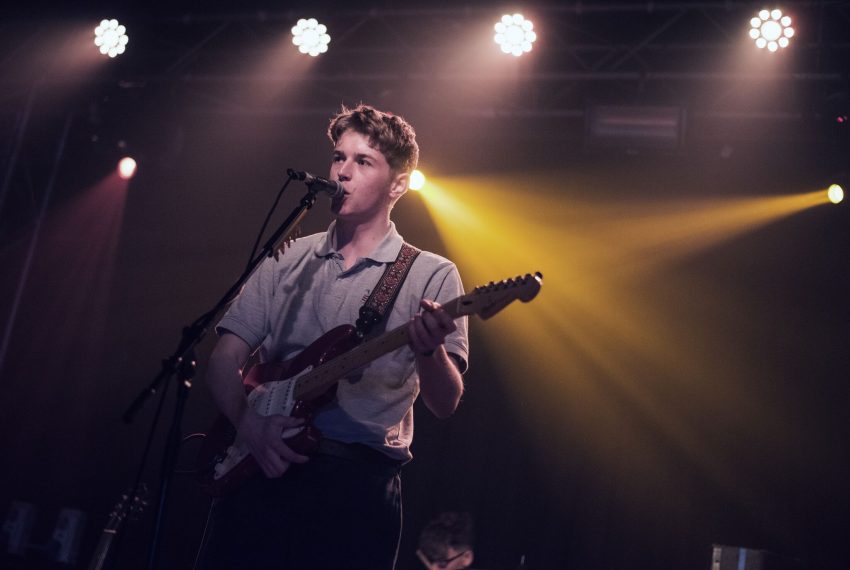 “I don’t really remember a time when I was not into music. There was always music in our house.”

Danny Mellin, a singer-songwriter from Oxfordshire, has been busy making a name for himself and developing his infectious upbeat indie style since releasing his first single at just 14 years old . His organic and personal tracks are a joy to listen to and ‘Beaten Up Nikes’, his latest single, is the perfect soundtrack for the summer – sunny, catchy and energetic. It was a real pleasure to chat to Danny about his early musical inspirations, the impact of lockdown on his music and the songs he is the most proud of…

What first got you into music?
I don’t really remember a time when I was not into music. There was always music in our house. My dad was a musician so there were always guitars around and we had a piano in the house as well as percussion instruments in a great big music box. Let’s say I had every opportunity to get into music. I learned guitar at school like many people do, but even before then I remember playing air guitar (and sometimes a tennis racket) in my bedroom with my CD player turned up.

How would you describe the music that you typically create?
The music I create used to be singer/songwriter, mostly acoustic ballads, but it has developed into very much indie pop/rock. Electric guitars, drums and bass – classic line up.

What music did you grow up listening to and which artists had the biggest impact on your sound?
I was brought up on The Beatles. They were my first real introduction to music and remain the biggest influence to this day. McFly were the first band I remember wanting to be in as a kid. They were what made me want to play guitar. I wanted to be Danny Jones, but then Ed Sheeran came along and was the one that influenced me to write my own songs. My current sound though is mostly influenced by the likes of Sam Fender and the Magic Gang. They don’t really sound alike, but you can definitely hear their influences in my music today.

How has the lockdown had an impact on your music?
Well, this year was supposed to be the year we really kicked on. We had big plans for this year with higher profile gigs, gigging further afield and some cool festivals lined up, but that was obviously put on hold. Also, we’re only now getting back in the studio. ‘Beaten Up Nikes’ was finished just before lockdown, so at least we had that to plan and release, and I’ve just finished off the next single which is due out in September. On a positive note though – I’ve written loads over this period and can’t wait to get them recorded and into the set.

What is an average day like for you?
Well, I’m doing A levels, so during term time it’s school. Even during lockdown, we had a full timetable. Outside of that, I just play guitar and sing a lot in my home studio, listen to Spotify, and watch YouTube – typical teenager stuff I suppose.

Do you have a dream venue or festival that you would love to perform at?
Shepherd’s Bush Empire…I saw Sam Fender there last year and absolutely loved it. Also Glastonbury of course.

Of all the songs that you have ever created, which are you the most proud of and why?
I’m still pretty proud of my first single ‘Without You’ which I released when I was 14. I was probably only 13 when I wrote it. It is still in the set today and always gets a great reaction. I’ll never forget the reaction I got when I played that in school at a lunchtime concert for the first time – hearing all my schoolmates and other kids I hardly knew, all singing back my song at me. That was pretty awesome.

Saying that – I’m generally most proud of whatever the latest song is. I’m always trying to write something different from the last one, even if it’s just a chord inversion or the way a certain lyric flows into the next line. Whatever I write, there is always something new that I’m proud of.

What song or artist do you like but rarely admit to liking?
McFly and Ed Sheeran for the reasons stated before. I don’t often call them out in interviews as it’s not seen as cool I suppose, but I certainly wouldn’t be here now without them.

If you could make one rule that everyone had to follow, what rule would you make?
If you say you are coming to a gig – come to the gig!

What are you working on at the moment?
No titles…but we are rehearsing the new songs I’ve written over the lockdown period. We are due to go back in the studio for our first session at the end of August. There are a few bangers in there that I’m really excited to work on with the band!