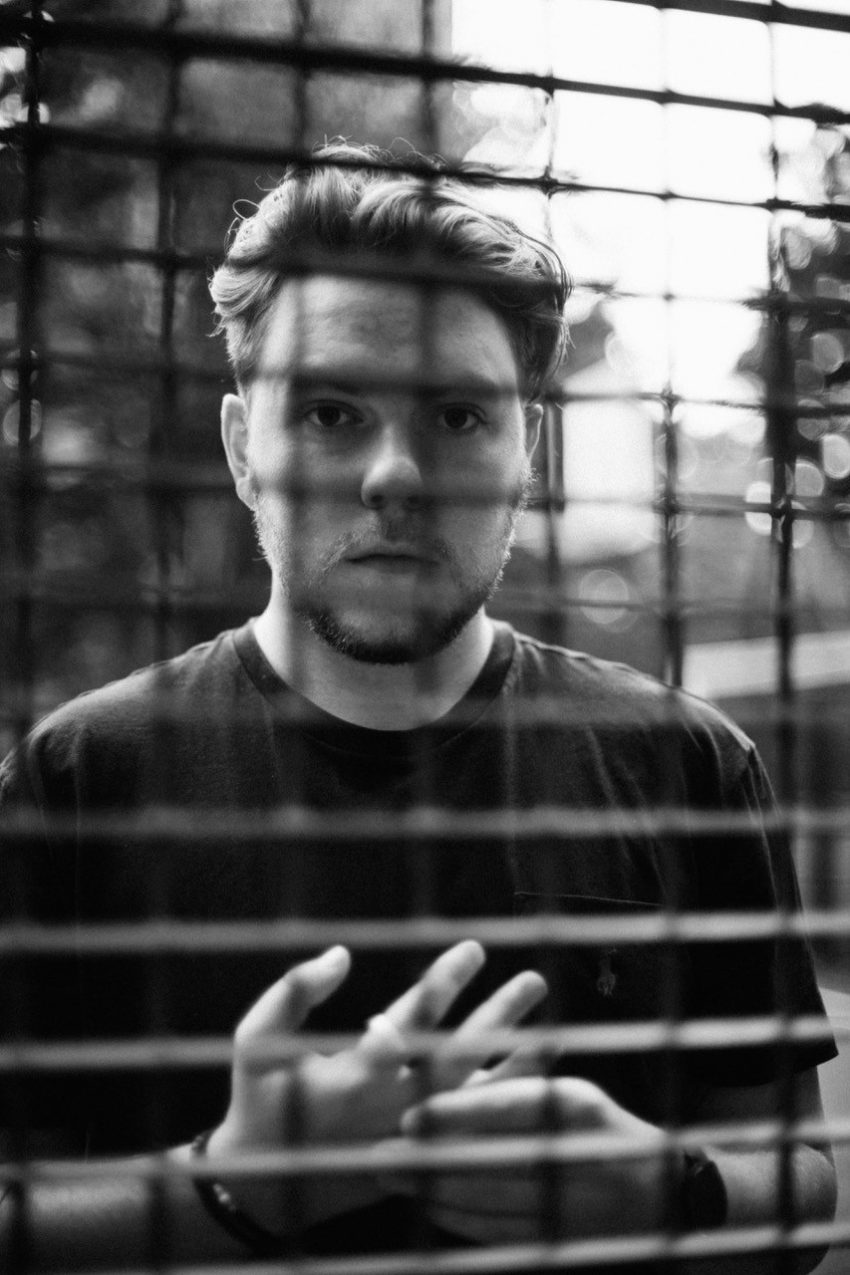 “I think I’ve just loved starting from square one again with this record…It hasn’t felt rushed and it has gone how I wanted it to.”

Singer-songwriter Callum Burrows, better known as Saint Raymond, arrived on the music scene at the age of 18 and instantly captivated listeners with his feel-good indie anthems. Over the years, he has toured with the likes of Ed Sheeran, HAIM and Jake Bugg, sold-out headline shows and his debut album ‘Young Blood’ reached the UK official top 10 upon its release in 2015.

Over the last two years, Saint Raymond has focused on song-writing and developing his ideas in the studio. Now, he is excited to share his latest single ‘Right Way Round’, the first taste of what can be expected on his upcoming second album which is set to be released next year. The track, which couples Saint Raymond’s characteristic vocals and driving synths, is powerful, dynamic and catchy. It was lovely to speak to Saint Raymond about his new track, his creative process and his upcoming album…

’Right Way Round’ is about being on the outside but coming to the realisation that so many people feel different too. What drew you to write a song about this feeling?
I know it’s a feeling a lot of people get in general life, but I think it’s something you also experience in music. I think you’re always looking at what other people are doing and their success and you kind of get jealous at times in a weird way. So I think ‘Right Way Round’ is kind of just realising that you need to focus on yourself and do what you do because that is what is most important.

What would you say to someone who struggles with feeling this way?
It’s a hard one because I think it’s different for everyone but I guess it’s just about working on yourself as a person, figuring out what’s best for you whether that be in a job or just in general life really.

What has the reaction been like to the release of ‘Right Way Round’?
It has been really good! It has just been so nice to see everyone get really excited about it which makes me even more excited for the releases to come in the future.

You have spent the last two years focusing on writing and creating new music. Can you talk us through your creative process and tell us what you’ve loved most about taking this time to create?
I think I’ve just loved starting from square one again with this record. I’ve been writing it for like three or four years now, and I’ve just been slowly recording it over the last two years and it’s just been a really fun and enjoyable process. It hasn’t felt rushed and it has gone how I wanted it to.

Has lockdown had an impact on your creativity and song-writing?
Yes a little because I don’t really like my own company when I’m writing music. I like to be around other people! I just think it helps me to be creative but I’ve started to do a little bit and I think now everyone is just adapting and using stuff like Zoom to start writing and I guess that’s the future.

Your debut album Young Blood reached the UK Top 10 upon release in 2015. How has this impacted your mindset when approaching your second album? Has it added to the pressure or given you confidence?
A bit of both really but I’ve kind of stopped focusing on the pressure and I think that was key to writing this record. It just became about writing songs that I wanted to write and really enjoying the recording process instead of thinking about the pressures and how many streams it will get etc. It’s always in the back of your mind but I wouldn’t say it’s been something that’s been really playing on my mind while writing this record.

What are the key themes/ideas and moments from your life that have inspired your second album?
Without sounding cliché, I think it’s just about life whether it be my own or what I’ve observed around me with friends, family and even stuff on TV. I think for the first record I was really young when I wrote that so I think it’s a whole different kind of life experience compared to the second one.

What are you most excited for people to hear from the album?
There’s a couple of songs on the record that I wouldn’t say sound like “Saint Raymond” because I’ve just written songs that I wanted to write and I’m quite excited to see what people think of them and the record in general.

Of all the songs that you have ever created, which are you the most proud of and why?
There’s a few, but I think ‘As We Are Now’ holds a special place in my heart because that song is probably the most personal song about growing up.

What music venue are you most looking forward to returning to after lockdown?
For me it has to be Rock City in Nottingham, just because it’s been such a pivotal venue growing up in Nottingham, going to gigs there and playing there a few times. I just can’t wait to get back there!