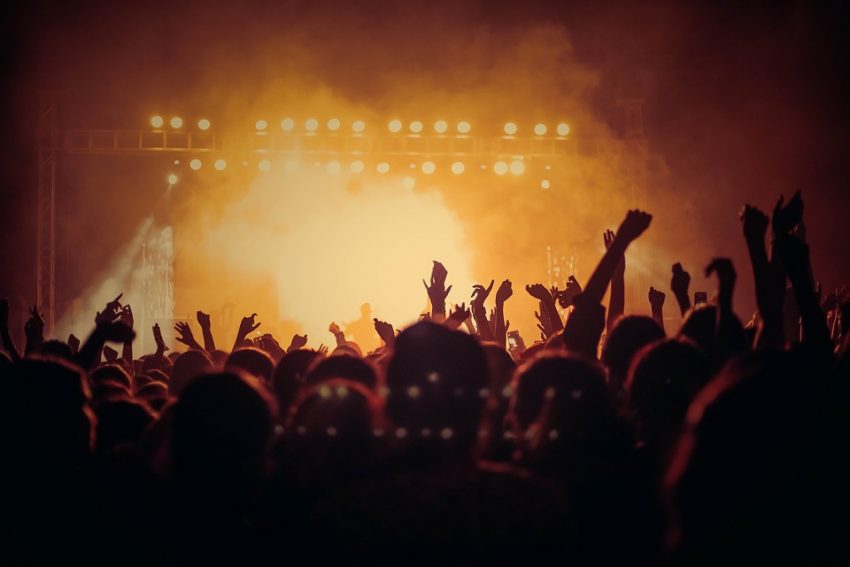 Here is your guide to some of the best gigs happening all across the UK this month!

Mosaics | Birmingham, The Victoria 6th March 2020 – 7:30 pm Mosaics are an indie-rock quartet who formed in Lincoln back in 2017 after a chance meeting on a night out. Their music is inspired by British Invasion and Indie Rock bands such as Catfish and the Bottlemen and Artic Monkeys. Head to The Victoria, one of Birmingham’s oldest and quirkiest pubs, to hear their upbeat and catchy sound live.

Haunt The Woods | Bristol, The Louisiana 9th March 2020 – 7:30 pm
Haunt The Woods have developed a distinctive style which blends alternative, prog, folk and pop sounds. Following the releases of the band’s two EPs, ‘The Line’ and ‘Circle’, the band has performed with KT Tunstall, Sunset Sons and Embrace and built up a fervent fanbase. They released their debut album, ‘Opaque’, earlier this year on 28th February and now cannot wait to perform incredible tracks like ‘Elephant’ live to audiences around the country.

Fast Car to Florence | Nottingham, Chameleon Arts Café 12th March 2020 – 7:30 pm
After meeting on set at a video shoot in Nottingham, Issac Anderson (guitar and vocals) and Chris Barber (drums) decided to band together to form the rock duo Fast Car To Florence. ‘CRY’, the band’s first official single, was released at the start of 2020 and it is passionate, frantic and electric. It is easy to tell that their live performances will be full of drive and energy – not something to be missed!

Mark Sharp & The Bicycle Thieves | Manchester, The Castle 13th March 2020 – 7:30 pm
Mark Sharp & The Bicycle Thieves are well known for their energetic live shows so it is not suprising to learn that they have sold out every headline gig to date. They closed 2019 with a sold out Glasgow show at the 600-capacity venue Saint Luke’s before being included in Jim Gellatly’s 10 for 2020. Hurry up and book your tickets for their gig at The Castle, a pub with a long-standing reputation for live music, before they sell out!

John Parry | London, The Grace 20th March 2020 – 7:00 pm
This talented artist guarantees to deliver an energetic live performance to the stage of The Grace – Islington’s cosy late night music pub. Parry’s music is gritty, upbeat and his tongue and cheek lyrics will make you smile.

Talkboy | Manchester, Gullivers 24th March 2020 – 7:30 pm
Leeds based six-piece Talkboy will be taking to the stage of one of Manchester’s most iconic and lively bars later this month. Their playful indie rock combines entrancing melodies and immersive soundscapes and is incredible to listen to live.

The Broken Orchestra | Hull, The Polar Bear 27th March 2020 – 7:30 pm
The Broken Orchestra, a four piece trip-hop act, formed in Hull back in 2010. Their music draws influence from hip hop, jazz and soul. Johnno Casson from BBC Radio 6 described their music as “Sweet electronica to sooth weary hearts and minds.” They will be performing at one of Hull’s most historic venues, The Polar Bear, so head there for an amazing night of music and history.

LOLA | Liverpool, Zanzibar 28th March 2020 – 7:30 pm
The indie-rock four-piece LOLA have combined various styles from classic rock, indie rock, soul, rhythm and blues and hip hop to create their own infectious and memorable sound. LOLA’s live performances are packed full of attitude and soul so don’t miss out on seeing them perform at the end of the month at Zanzibar, one of Liverpool’s most influential and important grassroots venues.