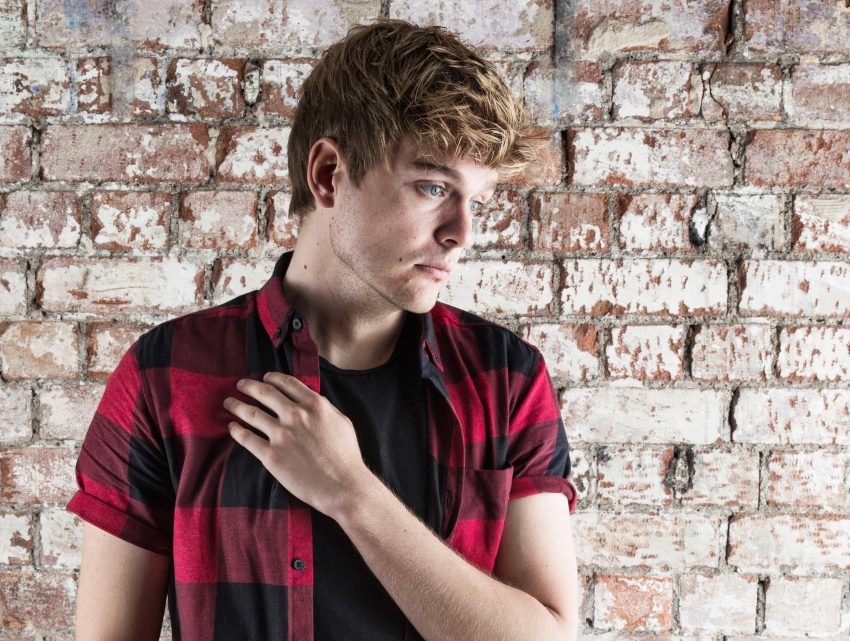 Danny McMahon, the singer-songwriter and multi-instrumentalist from Bristol, has gone from strength to strength since releasing his debut EP ‘Making Memories’ back in 2017. A few major highlights include attending Springboard West Festival (San Diego, California), winning the award for UK Male Country Singer Of The Year 2018 at the UK Country Music Awards and debuting at number 1 in the UK iTunes Country Charts with his single ‘When I See You’. His latest EP ‘Boys Cry Too’ was released earlier this month and McMahon’s heartfelt storytelling and country-tinged vocals are charming, authentic and infectious. It was great to chat to Danny about his musical background, inspirations and festival season…

How did your Irish background impact you musically growing up?
A lot actually! My dad’s side of the family are all great musicians. My dad is a brilliant guitarist and harmonica player and had some success in a band called Profile when he was younger. My grandfather is a keen accordion player, and my great grandmother used to play piano at the silent movies in Dublin in the 1920s. I never got to hear her play, but my dad tells me she was wonderful.

What song reminds you of home?
I mean my memory and emotions are very much influenced by the music my parents played when I was a kid. Two that really stick out for me are ‘Better Together’ by Jack Johnson and ‘Don’t Wait Too Long’ by Madeleine Peyroux. We used to play those albums on holiday in Cornwall (where my family now live) and it creates a really nostalgic feeling. Not so much missing home, but missing the innocence of being young and carefree again.

You say your love for country music started after hearing Brad Paisley’s ‘Letter to Me’. Why did this song have such an impact on you?
That song honestly helped shape my life into what it is right here and now. I just love the context and the angle that he takes lyrically. I’m such a reflective person in general so to have something that simple but so clever just appear in a song just made me think, “I wanna do that!” It’s authentic, it’s heartfelt and essentially everything songwriting should be.

Which country artists inspire your musical style most? Why?
Probably the two main guys would be Sam Hunt and Keith Urban because they like to push boundaries with production ideas as well as write killer harmonies, and being a producer myself I think it’s always super important to do that where it works. I mean Keith does everything, he writes, produces, plays guitar amazingly and has that killer tenor vocal! The guy gives me something to work towards every single day.

Your latest single went to number 1 in the UK iTunes Country Chart. How did that feel?
Honestly, you work so hard for things, but when they happen it’s quite surreal! To see little old me sat above Johnny Cash and John Denver was such a strange feeling! That song was such a journey and I’m so happy that the subject matter touched as many people as it did.

Your new EP has just been released. What has been your favourite part of the process of creating it?
I love the recording process in general. It’s always exciting to see something you write in your bedroom on an acoustic guitar come to life like that! The main thing I was happiest about though was the title and then what that song stood for. So ‘Boys Cry Too’ is aimed at challenging the stigma that surrounds male mental health. It’s a serious topic and I wanted to write a serious song that actually helps carry the importance of it. Being a developing independent artist in this era is one of the hardest things you’ll ever do! It makes you question your ability time and time again, it leaves you needing to invest every penny you have into what you do and somebody somewhere always has an opinion, and I think people actually forget all of that when they openly criticise artists who work so hard. So that’s really where this whole record came from.

What are some key song-writing tips that you learnt whilst studying for a Masters in Music (song-writing)?
Start with this “Inspiration is everywhere if you look hard enough”. The idea for my whole EP came from a sign I saw in Nashville that said “Boys Cry Too!” There are more academic approaches, so understanding the culture that you’re writing in always helps you for sure. Things that become successful do so because there is a necessity in the culture for it at the time, whether that be Justin Bieber, Bob Dylan or Brett Young.

Growing up in Bristol, what was your favourite music venue there?
I mean the Louisiana was always a great vibe when it was full and it’s still there today. My two other favourites are now gone which were the Cooler on Park Street, I had some amazing nights there! Also playing at The Croft on Stokes Croft taught me most of what I know and allowed me to grow as a musician.

What is your latest musical obsession?
‘Some People Do’ by Old Dominion is hands down my favourite song right now. It’s such a vibe and I just love it! Matthew Ramsey is absolutely my favourite Nashville writer right now. Everything he’s written on I adore whether it be Old Dominion or other artists he’s worked with.

What are you working on at the moment and do you have any shows coming up?
Festival season is so exciting this year! So most of my attention is focusing on making that set the best it can be. I’m really looking forward to playing Voghera Festival in Italy! My band and I are also up for an award there too, so it’s going to be an awesome all round experience. We’re playing The Main Stage at Buckle and Boots Festival which was my favourite show last year so I’m extremely excited for that. Then I’m playing on the Main Stage at British Country Music Festival. That’s at Blackpool Winter Gardens which is a 3,000 capacity. That’ll be my biggest venue to date so there’s so much to look forward to.

Follow the links below to discover Danny McMahon’s music: