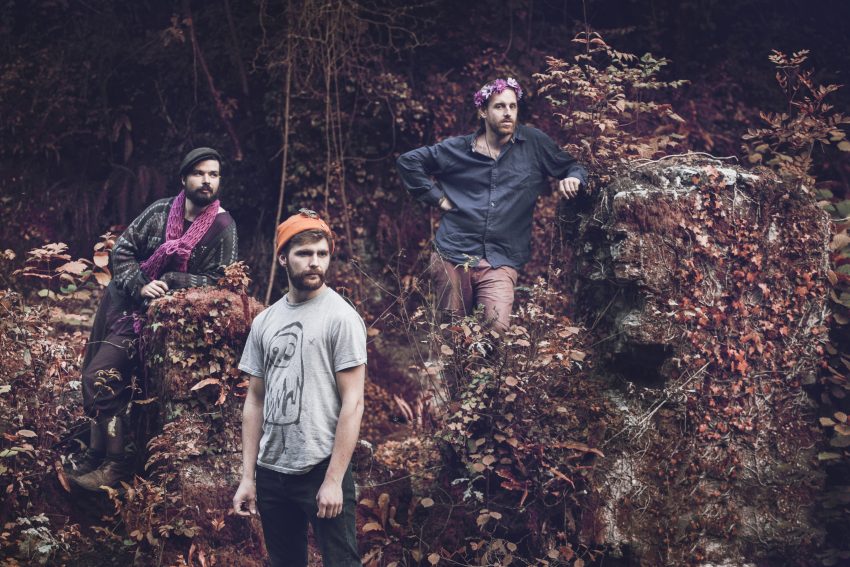 “The process has been long, insightful, claustrophobic, traumatic, beautiful”

My Octopus Mind, the experimental rock band from Bristol, released their debut single ‘Elska’ earlier this month. The five and a half minute track includes swirling strings, moody vocals and atmospheric percussion. It is brooding and dramatic and highlights the band’s unique, cinematic aesthetic that has captivated audiences all over. The band are currently putting the finishing touches to their upcoming debut album but before that is released, you can head over to their website to watch the brand new accompanying video for ‘Elska’. It was great fun to chat to Liam O’Connel (guitar/vocals) this week about the band’s inspirations, new music and dream venues…

Who or what first got you involved with music/song-writing?
My teacher showed me the chords to ‘Smells Like Teen Spirit’ when I was 13 and from that moment on I was hooked. A few years later a friend introduced me to the album Grace by Jeff Buckley and the song ‘Paranoid Android’. Suddenly, I felt like all my ideas made sense.

And how did you come together as a band and where did your band name come from?
I met our first drummer Charlie at a party when I moved to Bristol. I started playing a riff and he locked in straight away. It was easy from there. We were looking for a cello player but Izy showed up with a double bass. I was sceptical but then he made it squeal like Zoe Keating! Plus he had a passion for effect pedals and writing music for shadow puppetry.

The name just came from joking around about multi-tasking and saying check out “my octopus mind”. It stuck!

What are some of your key influences?
The explosiveness and rhythms of the Mars Volta. The structures, builds and soulful explorations of Jeff Buckley. The simple beauty of Jose Gonzales. The sexy riffs and irony of QOTSA. The patterns, progressions and catharsis of the album Passages by Philip Glass and Ravi Shanker. Also, the endless experimentation of Radiohead.

What inspired your recent single ‘Elska’?
I guess the meaning came after the song was finished. I was in a phase of just singing whatever came to mind and the more times I’d sing it, the more the lyrics would become set in stone. Then when we decided to record it, I sat down with various versions and cherry picked my favourite parts. Now when I look at it, it is very clear to me what the song is about.

You are set to release your debut album later this year. What has the process of making the album been like? Any challenges? Favourite parts?
The process has been long, insightful, claustrophobic, traumatic, beautiful, destructive and cathartic. We recorded most of it ourselves and we learnt a lot in the process! Mainly, that we don’t want to do everything ourselves again!

We did have help from our friends at Music Ape Studios who were ridiculously generous with their time and resources. It would have been a very different beast without the amazing Ru Lemer who mixed it and helped refine the production choices.

Learning how to score the string parts has also been one of the most interesting and rewarding processes and working with a team of really gifted and dedicated musicians has been inspiring!

Is there a particular venue or festival that you would most like to perform at?
Arc Tangent, Blue Dot, ATP! Anything that is connected to KEXP
(nonprofit arts organisation) would be amazing!

Do you have any pre-performance rituals?
Pacing!

What songs hit you with a wave of nostalgia every time you hear them?
That famous Evanescence song always reminds me of feeling anxious on the bus to school. ‘Do the Evolution’ by Pearl Jam on the other hand reminds me of my first music jams on the same bus.

What are you currently working on and do you have any upcoming shows?
We are currently working on a commission for an animated short film but more pressingly, we are working on preparing our live show with the string players ahead of our single release show in Bristol on the 13th Feb at Crofters Rights. After that we will be doing a short run of shows around the UK as a trio. Then in April we are going for our first trip to Europe! Here is a list of our upcoming gigs:
February
13th – Crofters Rights – Bristol
16th – Old Abbey Taphouse – Manchester
21st – UCA Bar – Canturbury
22nd – Magic Garden Pub – London
April
17th – Lille – France
18th – Metz – France
19th – Troyes – France
20th – Hannut – Belgium

Follow the links below to discover My Octopus Mind’s music: