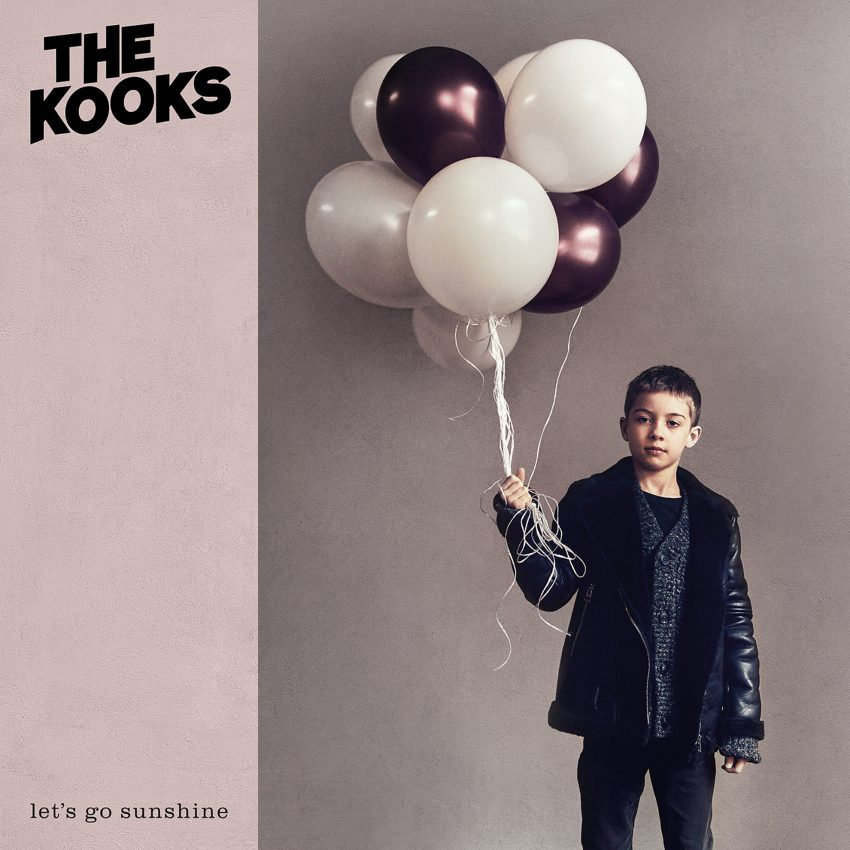 “Well I mean I like to think, I think you know, we’ve been around for 10 years now, that people represent some of our songs, as if to remind them of a time in their life and that’s cool” says Luke Pritchard (singer/songwriter of the Kooks) in a interview with B-Sides On-Air.

​There’s no doubt that The Kooks are still making quality music after 14 years together. They definitely have a special place in my personal song library with fantastic songs like ‘Bad Habit’​ and​ ‘It Was London’ ​from their 2014 album Listen​. After 4 years of only releasing singles and remix albums, The Kooks have released Let’s Go Sunshine, their latest full-length studio album. With songs like ‘Four Leaf Clover’, ‘Pamela’, ​and​ ‘Weight of the World’, ​these boys certainly don’t look like they’re going to be stopping anytime soon.

“We took a lot more time on Let’s Go Sunshine ​which was a good creative process for us. I think we really, you know, we just wanted to figure it out a bit like what we are as a band and what we really want to say and what we wanted to do” says Luke.

Let’s Go Sunshine is The Kooks’ 5th studio album. Although most of their previous tracks have been compared to bands like the Arctic Monkeys, The Libertines, The Police, and The Fratellis, Let’s Go Sunshine feels much more similar to artists such as George Ezra and The Kinks. “We were trying to be like custodians of… Oasis down to the Beatles, The Kinks and you know” Luke says.        ​

When discussing the new album, Pritchett said, “I want to make music that people are going to play at their weddings in like 50 years times.” In my opinion, while songs like ‘Fractured and Dazed’​ and ‘Chicken Bone’ ​will definitely not be played at my wedding…I can see what he means with the beautiful tracks ‘All The Time’ ​and ‘Weight of the World​’.

Let’s Go Sunshine is no doubt a good addition to albums like Listen (2014), Junk of the Hearts (2009), and of course their breakout album Inside In/Inside Out (2006). The album has a good mix of straightforward songs (like ‘Weight of the World’ and ‘Chicken Bone’) and upbeat, catchy songs (like ‘Pamela’ and ‘Four Leaf Clover’). This contrast makes the album exciting to listen to.

There has been a mixed reception amongst many reviewers. ​Metacritic​ rated Let’s Go Sunshine 59/100 and described it as an “average album”, believing that it “doesn’t really show much of the best the band has to show and it sticks to their music style just as much as any other”. However, other critics were far more positive. The Skinny Magazine rated it 4 out of 5 stars, stating “​although they did bring out a ‘Best Of’ album in 2017 – something which usually points towards a band with little left to give – The Kooks’ new record ​Let’s Go Sunshine indicates they’ve still plenty to offer as a band fully in their prime.”

I believe the album offers many high quality songs and we all need to keep in mind that there has to be a reason why this album peaked at #9 on UK Album Charts, #3 on UK Independent Albums, and #24 on Billboard’s US Independent Albums.

Kook’s fans need to cherish the great songs amongst the ones that are perhaps less memorable. This is true for many albums that bands release nowadays – not all of the songs are what fans want them to be. This is why most of the time I absolutely refuse to save a full album on Spotify!

​While this album is not a very well-rounded record, there are some real gems amongst the less inspiring tracks making it a wonderful and enjoyable album to listen to. As Luke says, “it’s like the DNA of a Beat Band and it’s very British Pop, like Brit in the lineage of what we feel kind of like we were trying to sound like.”