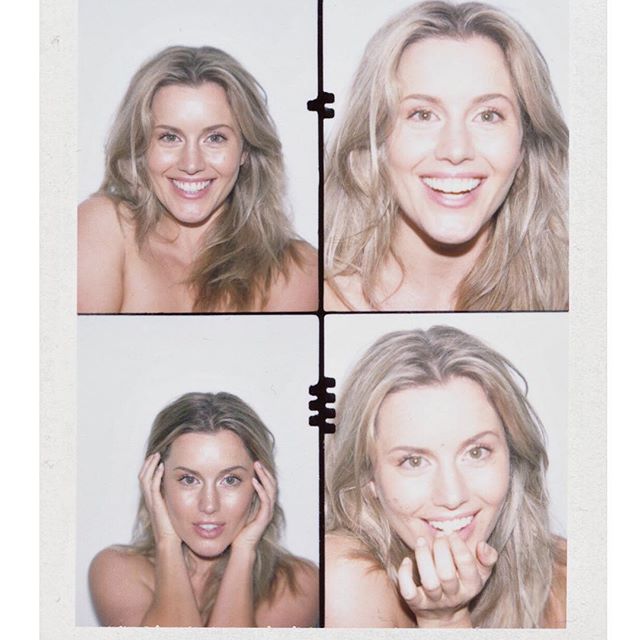 “It’s about pure honesty, your raw truth and spilling out your soul”

British singer/songwriter Caggie Dunlop, one of the original starlets of Made in Chelsea, recently released her much anticipated debut single ‘Here We Are Again’. It is about a painful heartbreak and the moment when you realise that you aren’t truly over someone. The emotive lyrics and soothing vocals are a dreamy combination.

Over the last couple of years Caggie has been living in LA in order to separate herself from the stigma of Made in Chelsea and to give herself time and space to work on defining herself as an artist. She has dedicated herself to song writing, has had the opportunity to work with exciting producers and has collaborated with electronic pop duo Exes on her latest single.  Gradually her truthful and nostalgic narrative style, combined with cool beats and soft and intimate vocals, has established itself. This week Caggie took the time to discuss her new single, living in LA and her inspirations…

How does it feel to have just released your debut single?
It feels fantastic. The response has been amazing. I really never imagined it would be so well received so I feel very confident about going forward.

How would you describe your style of music?
I’d describe it as nostalgic alternative pop. ‘Here We Are Again’ is probably the most mainstream track.

Your first live music performance was on Made in Chelsea. Before that, who or what first got you involved with music/song writing?
I’ve always had a love for it. From early on hearing Whitney Houston singing I thought, wow. What a gift! That’s my youngest memory of singing. I would play Whitney cassette tapes in the car and sing along when my mum was in the butchers or had hopped out to grab something. I would always sing in secret but very few people knew about it and then I always wrote poetry. From the moment I could write, it was always poems. It has always been my way of expression. I’d say that was more of a natural gift – putting my feelings into words in that way. The singing has had to be uncovered layer by layer but my shyness has often got in the way for me. Singing on that show was really the first step I took in putting myself out there.

Do you always draw from personal experience when writing songs? Will the person who inspired this song know it’s about them?
Pretty much but I can write about anything. But it just became clear for me that I was to tell my own story for this project. I’ve been gone a really long time and this is sort of like my explanation of where I have been and what I have been doing. It’s very honest and vulnerable in that sense but it’s been so liberating to finally share it with the world. I think that person knows it’s about them. They haven’t asked me but I know they would have at least thought about it. It was a really pivotal time for me as a person and an artist. Meeting them and having that experience led to this. Without them I’m not sure whether I would have felt the necessity to channel something so strongly.

Has the way you write songs changed at all over the years?
Absolutely. I learnt so much living in LA and working with so many people. For me, it’s really two things. Half of it’s about pure honesty, your raw truth and spilling out your soul. The other half is methodical, the logical side of song writing, hitting certain emotions in certain points and moving the story along. Writing something that means something to you isn’t enough. You need to convey it to the listener and make it theirs and in that balance is where the magic happens. 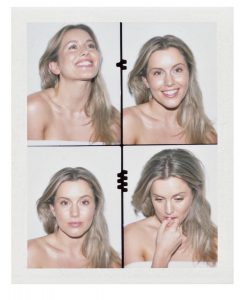 What has been your favourite thing about living in LA?
Learning to write songs. Learning a skill for life like that regardless of my career is pretty cool. I was given some great opportunities but don’t get me wrong, it was lonely as hell and tough at times. But there is this air of ‘anything is possible’ in LA which is contagious. It allows you to dare to dream – and I think that’s a beautiful thing.

What was it like collaborating with pop duo, ‘We are Exes’? What did you learn?
They are wicked. Allie is a dope songwriter and Mike is a genius producer. I really enjoy working with people I get on with in that kind of environment. That’s super chill. We were just hanging out in Venice and this song literally just happened. Sure, it took a while to finesse but the majority just happened that day and that’s always a good sign.

Is there a particular venue you’d most like to perform at?
Yeah, it’s a weird one but the Boom Boom Room in NYC. I remember watching SHAME and Carrie Mulligan sang there and I remember thinking…I’m going to do that one day. I am also planning a gig at 42 Acres.

If you could pick one musician to serenade you, who would you choose and what song would they sing?
Matt Corby – Brother. I’d die a happy woman and anyone who knows Matt Corby will understand this completely.

And finally, what are you currently working on and do you have any upcoming shows this summer?
I am just organising the next release and the whole project, making sure everything is ready to go. I’ve been doing this all myself which is awesome because it’s exactly my vision but it’s a lot to do. Plus, since the single, I have had a bunch of people reach out to do more together. And yes, I have a show at the end of summer -Hoxton Bar and Kitchen on the 13th September. I have a bunch of live Radio and TV things too and I will try and book one more show when I release the next single.

‘Here We Are Again’ is available to download now and Caggie’s follow up single ‘Thinkin Bout You’ will be released towards the end of August and an EP after the summer! Follow the links below to discover Caggie’s music: