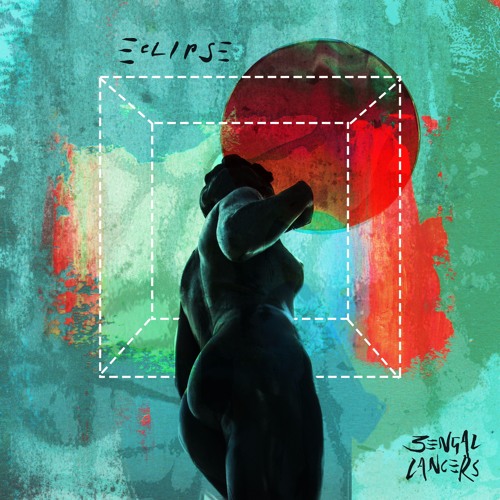 The alternative indie rock quartet, Bengal Lancers, released their latest single ‘Eclipse’ earlier this year. It was inspired by heartbreak yet the upbeat tempo and heartfelt lyrics exude an overriding optimism that allows the listener to focus on the uplifting message of acceptance and recovery. The band have a number of singles and EPs under their belt already but this is undoubtedly their most accomplished release to date. It has received recognition from the likes of Radio X’s John Kennedy and definitely deserves a place on your playlist. Harry Sullivan and Max Hutchins took the time to answer some questions…

Where did your band name come from?
Harry: It crops up at the end of a Wes Anderson film called “The Darjeeling Limited”. I remember watching it, dying from a hangover on a friends couch. There’s a moment right at the end of the film when the three brothers are running for a train and dropping all their baggage in the process and it’s called the “Bengal Lancer” – that just kind of stuck. I told Charlie and bang, here we are!

Who or what first got you involved with music/songwriting?
Max: I grew up in a house full of music. My parents are both musical, and music lovers. When I was 3 or 4, my Dad made me a mix tape featuring Flanders and Swan, Nirvana, and ‘I Like Trucking’ from Not The 9 O’clock News. The first song he taught me on guitar was ‘Wipe Out’ by The Surfaris and between that and steadily eating through my parents’ record collection, I can’t really remember a time when I didn’t love music and song-writing.

Harry: My brother had just started playing guitar and Jimmy Eat World’s ‘Bleed American’ had just come out. I remember listening to the solo in ‘Get it Faster’ and thinking – right then, that’s it! I need to learn how to play that! Song-writing came from the typical place – a broken heart. I was 17, had just been dumped and discovered ‘For Emma, Forever Ago’ by Bon Iver. I haven’t been able to stop since.

The band began as a two-piece at Leicester University. Were you popular on campus when you started?
Harry: Honestly, I don’t have a clue if anyone noticed at first! For Charlie and I, it was a case that we were two friends dicking about at first. We started doing little university events here and there and people who weren’t our flatmates started saying we were good and we just grew from there. There’s a nice music scene in Leicester and we’re indebted to the Marquis Wellington and Firebug for giving us a home. It was only when Max joined that we started to take ourselves a bit more seriously.

What are some of your key influences?
Max: As a drummer, I always loved the styles of Matt Tong (Bloc Party), Patrick Carney (The Black Keys) and Gavin Harrison (Porcupine Tree), so my playing tends towards some sort of mixture of that. On a broader level though, we really have a huge range of influences. There’s new stuff coming out every day which we try to keep up with and we have a big shared Spotify playlist to which we each add anything we think the others will like. It’s currently about 29 hours long!

Harry: Max has hit the nail on the head. We’re all over the place. For me, Foals, Bloc Party and all that early 00’s math rock scene formed a huge part of growing up and the Scottish indie scene in particular. I don’t think I’ve gone a month without listening to ‘The Midnight Organ Fight’ by Frightened Rabbit since the age of 17.

Why did you decide to relocate from Leicester to London?
Harry: Charlie and I are from London originally, so the plan was to always move back here. Hilariously, Charlie moved back to Leicester not long after, so we’re spread all over because Max is in Cambridge. From a band perspective, London is home because of the wealth of opportunity there is. You can always find a little open-mic night or a gig to go to. You can’t beat it.

What inspired your latest track ‘Eclipse’?
Harry: Like most songwriters, that wonderful little thing called heartache! Silliness aside, it’s about that awful moment during a breakup where both parties realise that despite the fact they care for each other, there isn’t any coming back. It’s not all doom and gloom though. You are sad for where you are but happy with what you’ve had.

Is it your favourite track that you’ve produced so far?
Max: It’s certainly up there for me. I love the urgency of it, and Olly Betts at The Crow’s Nest Studios has done a fabulous job of capturing our sound.

Harry: I’d say it’s the biggest step forward for us – we’re a four-piece now and this was one of the first products of that.

Has there been one particular moment in your musical career that you’re most proud of?
Max: Selling out the Old Blue Last in February was pretty mind-boggling.

Harry: That definitely stands out. Old Blue Last is one of those places I didn’t think I’d get to step into, let alone headline. I still think our first major gig at the Leicester O2 is going to be the one though. We played The Shakes for the first time and I just remember thinking that I want to do this for the rest of my life.

Do you have a dream festival or venue you’d love to perform at?
Max: I’d love to play SXSW in Austin, Texas. Austin is the self-proclaimed “music capital of the world” anyway, and playing across the pond would represent a huge milestone for us! Latitude or Green Man would be amazing, too.

Harry: I grew up going to Reading festival as a kid so to play that in any capacity would make me happy.

Strangest venue or gig you’ve ever played?
Max: We once played to an empty room after a band that were missing a member were so hammered that they couldn’t stand up or play any of their instruments. That was a weird atmosphere. A bit tame compared to some of Harry and Charlie’s stories though.

Harry: That was an experience. They were on another planet. I’m pretty certain they were caught trying to sample some less than legal substances off of the kit during their set.

If you could be any band or musician for 24 hours, who would you choose?
Max: Stevie Wonder. The absolute king of melody and songwriting.

What music are you listening to at the moment?
Max: The new AWOLNATION album, 80’s synth-rockers Journey, and the recent offerings from Ylvis of ‘The Fox’ fame. Just imagine The Lonely Island but Norwegian!

Harry: Despite growing up obsessed with math rock, I somehow missed out on Tall Ships. You don’t understand how gutted I was to realise that they’d broken up before I had even heard them. Go and download their full discography if you haven’t had a listen.

What are you currently working on and do you have any upcoming shows?
Max: We’ve got several songs lined up, and we’re heading back into the studio with Olly in the next couple of months.

Harry: We’re going to be playing some more shows thanks to the good people at Scruff of The Neck. Outside of that, I’m working on a side project with Joey Gurdon (who designs all our artwork) called ‘From the Tigers Mouth’. We’ve got some stuff due out at the end of this month (fingers crossed) and we’ll be celebrating with a couple of special shows. Keep your eye out on the BL page for more info.