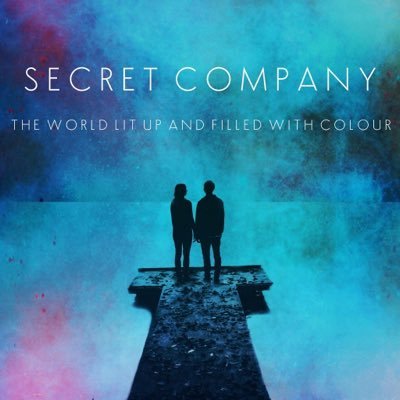 Secret Company are an indie pop band from Chelmsford, Essex made up of bassist Kushal Gupta, guitarist James Patman, drummer Tim Reyland and frontman Scott Revell. They released their debut album ‘The World Lit Up And Filled With Colour’ earlier this year and its mixture of loud, uplifting tracks and warmer, more reflective tracks make it a wonderful debut album. They have featured on Channel 4’s reality show Made In Chelsea and performed at the likes of Isle of Wight Festival, Secret Garden Party and Leeds Festival. With experiences like this under their belt, their catchy choruses and high energy, Secret Company prove they have what it takes to be up there with the likes of Blossoms and Sunset Sons very soon. Scott Revell took the time to answer some questions…

Where did the name ‘Secret Company’ come from? Did you consider any other names?
The band name game can be both fun and a bit tedious which we played for while. The name came from a song we wrote called Secret Company, in short it was about a secret love affair. We thought about using the song, but never quite got round to it.

How did the band come together?
James, Tim and Kushal had been in bands since school and we’d all been playing the gig circuit in different bands. James asked me to write with him one day which went really well and we just went from there.

Who or what first got you involved with music/songwriting?
Being inspired by bands growing up like Nirvana, Green Day, Weezer, Limp Bizkit, Rage Against The Machine etc. which eventually led to getting a guitar and learning covers and then wanting to write original material.

What inspired your album ‘The World Lit Up And Filled With Colour’?
Passion and determination, the people closest to you that are always there, being in a rut and breaking out of it, an old flame, going a bit doolally in your head, an exciting romance, escapism, late night drives, love & relationships, frustration, your best mates, the music industry.

Did you enjoy the process of making the album? Any challenges? Favourite parts?
Had a great time, we recorded it with a friend of ours. It was testing at times but now a fond memory. My personal favourite was recording the last track on the album because it was recorded live on an old organ from my gran’s house.

What do you all individually bring to the song-writing process?
The majority of the tracks have started with an idea that I have had and then develops with James and then we take it to the live band environment with Tim and Kushal and that’s when it all really starts to come together.

What is your favourite song to perform live?
Out Of The Blue

Has there been one particular moment in your musical career that you’re most proud of?
Playing the Roundhouse and Headlining Koko for BBC Intro

Is there a particular venue you would most like to perform at?
Royal Albert Hall

If you could tour or collaborate with any artist who would it be?
Tour – The 1975
Collab – Bon Iver

What music are you listening to at the moment?
Muna, Bon Iver, 6lack, London Grammar, Dua Lipa, Moses Sumney

Do you have any secret talents?
Excellent at climbing trees

Follow the links below to discover more about Secret Company: