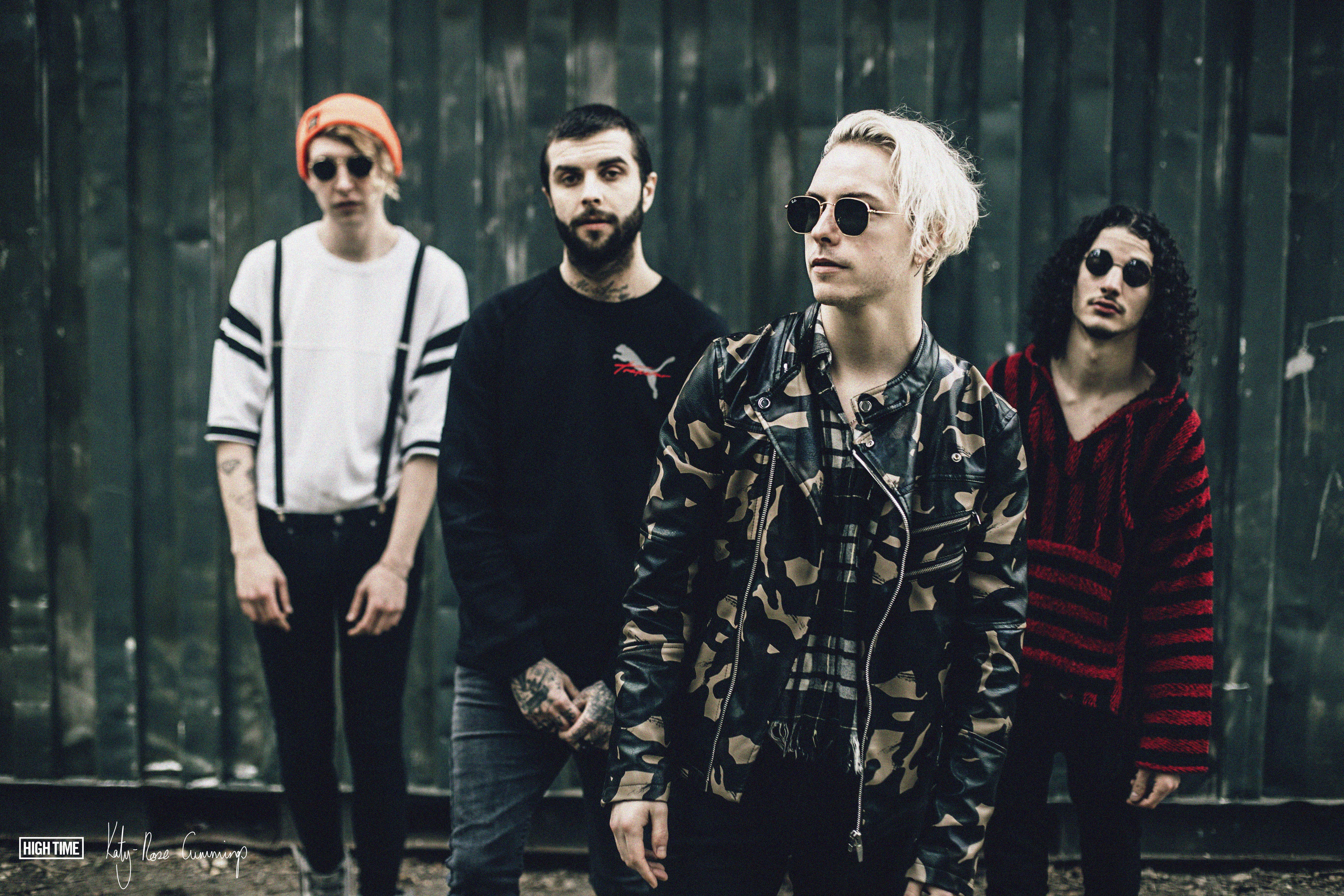 “All we have ever done is be ourselves”

The Hunna are a four-piece alternative rock band from Hertfordshire whose combination of heartfelt, genuine and infectious anthems and enigmatic live shows have caught the attention of fans worldwide. The band is made up of singer/guitarist Ryan Potter, lead guitarist Dan Dorney, bassist Jermaine Angin, and drummer Jack Metcalfe. Since their launch in 2015, The Hunna has played sold-out shows in the UK, America and Europe and their critically acclaimed debut album ‘100’ reached #13 in the UK official charts. They are currently finishing off their UK Spring 2017 tour and are set for a summer of worldwide festival performances. They took some time out of their busy schedule to answer a few questions…

What makes your style original?

We have never tried to be original intentionally; I think originality is something that comes naturally with certain types of people. The kind of characters who don’t care about what other people think and personally believe in everything they want to achieve. All we have ever done is be ourselves, write what we want to write, wear what we want to wear and be whoever we desire to be. Guess by having that mentality makes us original and different.

What inspired your album The 100?

The entire album was written about real life experiences we have personally encountered. We believe writing about something real is more relatable to the people out there who are listening. We all go through the same shit and experience similar life situations and we believe those situations and feelings are worth addressing in music, lit-shit!

Did you enjoy the process of making the album? Any challenges? Favourite parts?

The process was dope! We recorded the album with Duncan Mills (D-Millz) & Lee Slater (Mad Doggin Lee) at a residential studio in Oxford called Angelic Studios. Duncan is one of the best producers going. He taught us a lot and always pushed us to better ourselves. He liked to remind us that we will only get to record our first album once and it’s worth everything we have. Big up the D-Millz! There were times when it was hard and you felt drained and exhausted but the incentive of having an album we would forever be proud of kept us focused.

One of many amazing memories was when we were all doing laughing gas in the studio whilst listening back to some our tracks. Some serious shapes were made, also ended up putting a balloon suction sound in the track Alive, just before the outro interlude. So stoked to record again!

Has there been one particular moment in your musical career that you’re most proud of?

There has been so many if we are honest. We have done so much in such a short amount of time. Our own headline shows, playing Reading & Leeds and touring America for two months were all amazing experiences. We have met so many rad people along the way with memories that can never be forgotten.

Who was your favourite band to tour with last year in America?

Touring with Jimmy Eat World! They are such great guys who know everything there is to know about the music industry. We found them so inspiring! Every night they would play immaculately and there crew was small but 100% efficient. Being able to do and play as long as they have is an inspiration to us. We also loved touring with The Struts, Night Riots & The Shelters. They’re all bad ass people who play amazing music and are awesome people to be around.

And if you could tour or collaborate with any artist who would it be?

We all want to collaborate with Drake. We love everything about him and how he does it. Drake X Hunna track would be a shutdown!

Is there a particular venue you would most like to perform at?

When we were young we always wanted to play Camden KOKO. One of those things we said we will do someday, however we recently did but not in the way we imagined! We went to go watch Highly Suspect from side of stage with the 300 Entertainment gang and Johnny frontman asked us to spontaneously come up on stage and perform ‘Bad For You’. At this point we were hammered and a guitar short but we still did it anyway aha. Ryan had to jump around without a guitar, was crazy hilarious and for sure didn’t see it coming. So I guess we played there! Brixton Academy is a dream and we are planning on it as we speak… get ready London.

What are you currently working on and do you have any upcoming shows this summer?

We just finished our last UK tour for this year. We are headlining The Republic Stage at Reading & Leeds Festival. Also have many UK & American festivals to play! After those we head back into the studio to record album two. Dead excited for all of it, sounding huge.

What music are you listening to at the moment?

If you couldn’t be successful musicians anymore, what would you be doing?

Seriously who knows. Before this we were working any job possible to make some money to put into the band. It’s has always been that way since a young age. Maybe if we weren’t playing we would be in the business side of the music industry. It’s all about music with us. Always has been always will be.

If you were a fly on the wall and could listen to any two people speak, who would it be?

We would so be a fly on the wall for ourselves when lit aha! Watching ourselves back would be so funny. The amount of shit we would chat to each other would be worth watching and laughing about. Really need this to happen now aha!

Would you rather fight a hunna of duck-sized horses or one horse-sized duck?

Ahaha we love this! It’s gotta be a horse-sized duck! Imagine that thing, straight wow! The fight of a life time. Imagine being homies with it and riding it down Oxford Circus with speakers on its wings… ultimate swag! A matching tracksuit would be needed of course.

Follow the links below to discover more about The Hunna: